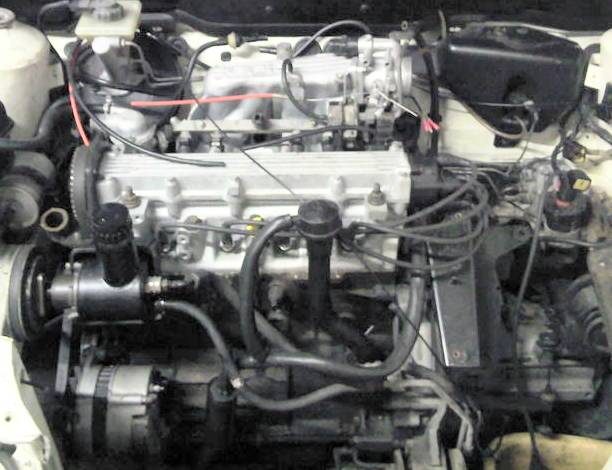 The S-Series is a Straight-4 SOHC internal combustion engine developed by the Austin Rover Group (subsidiary of British Leyland), and introduced in 1984 in both the Austin Montego and the Mark 1 Rover 200-series.The MG Maestro also from MAY to September 1984,with VW box. It was also used in the Austin Maestro from 1985 onwards.

The engine comes from the same lineage as the BMC-developed E-Series family introduced in the 1969 Austin Maxi, but with important modifications in order to facilitate compatibility with a conventional "end-on" transmission unit, in place of BMC/BL's traditional "gearbox-in-sump" configuration for its front wheel drive vehicles. The gearbox flange was redesigned to accept either a Volkswagen manual gearbox (for the Maestro/Montego), or the Honda PG-1 transmission (for the Rover 200).

BL had also developed the earlier R-Series engine from the E-Series family, but largely as a stopgap at the Maestro's launch since the S-Series was not yet ready for production. Because the E-Series had to be turned through 180 degrees in order to facilitate an end-on transmission, the resultant R-Series unit had the inlet manifold on the front-facing side of the cylinder head, something which proved fatal for the engine's reliability—since it opened the door for carburettor icing. The S-Series solved this problem, as the inlet manifold was now on the rear face of the engine. Another important advance over the E-/R-Series was the adoption of a camshaft driven by a toothed belt in place of the previous timing chain system.

Production of the S-Series engine continued until the end of Montego / Maestro series production in 1993, the remaining cars which were built by Rover until 1994 used only the O-Series diesel engine.

A 4-valve version of the S-Series was under development alongside the 1100 cc and 1400 cc K-Series engines. However, the project was abandoned when a redesign of the K-Series allowed its capacity to be stretched to 1600 cc and 1800 cc. The engine was designated the name L16 but should not be confused with the L Series diesel engines