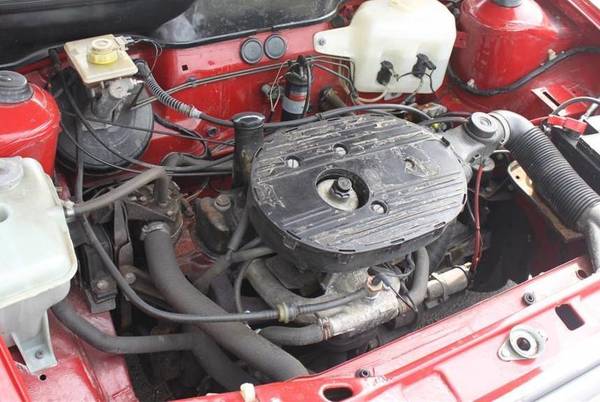 The R-Series is a petrol engine introduced by British Leyland in 1983 for the then-new Austin Maestro. It was only produced in one capacity—1.6 litres.

The engine was essentially a lightly modified version of the E-series unit found in the Maxi and Allegro. The main differences over the older engine are to the sump and gearbox mounting flange, which were adapted to accept a traditional "end-on" transmission unit which had been bought from Volkswagen in place of the traditional BMC transmission-in-sump arrangement.

The R-Series was mainly a stop gap, and had a very short production run that lasted barely two years. BL had been working on a more substantially revised version of the E-Series, but this was not ready for production in time for the Maestro's already badly delayed launch. The company was instead forced into launching the Maestro with the half-developed power unit which cost the company dearly—R-Series equipped Maestros soon gained a reputation for hot starting problems, cylinder head gasket failures (endemic to the E-Series also), and premature crankshaft failure. Because the E-Series was turned through 180 degrees in order to accommodate an end-on transmission, the R-Series was fitted to the Maestro with the carburettor facing the front of the car, which also led to a reputation for carburettor icing in cold weather.

The endemic problem of crankshaft failure was later attributed to flexing of the crankcase - because the E-series relied upon the heavy sump/transmission unit to give additional strength to the cylinder block casting, this caused problems when a plain sump was bolted in its place.

The R-Series was superseded in 1984 by the S-Series.