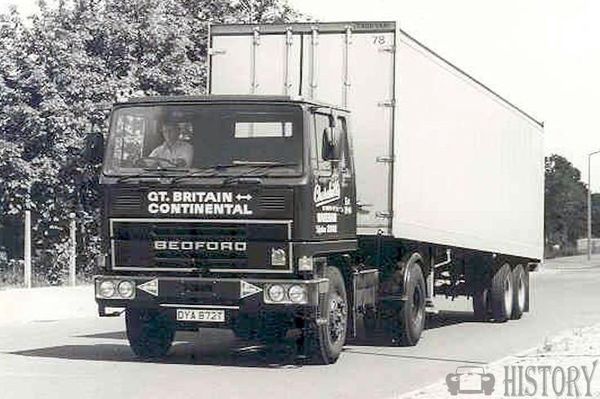 The Bedford TM was a heavy goods vehicle constructed by Bedford Vehicles, the British arm of General Motors' commercial vehicle division, between 1974 and 1986. Up until the TM, Bedford had been building mostly low-specification short haul distribution trucks, such as the Bedford TK and KM. In view of the increasing popularity of high cab "luxury" cabs in the maximum weight long distance category, such as the Volvo F88, Scania 110 and Leyland Marathon, Bedford designed the TM as a competitor.

The TM was originally introduced in 1974, and was of a clean and modern design. A thorough update in 1982 left the appearance mostly untouched - perhaps to the detriment of sales of the mostly new model. Improvements included the new Detroit Diesel "Silver 92" engine, a new frame, many new engine and transmission options, and a variety of other updated fittings. The Fuller transmissions now received a new telescopic shift mechanism, allowing for a sealed cabin floor. The cab is counterbalanced so as to allow one-man tilting, while two front flaps allow access to check on vitals.

Through its lifespan, it was available with a Detroit Diesel two-stroke V8 and V6, the Bedford 500 turbo engine also known as the "8.2 Blue", or a Cummins L10 - coupled to either a Fuller or Spicer transmission, and a S.O.M.A. rear axle (dropped after the 1982 facelift). The Detroit engine (introduced in 1982) was not a successful choice in the UK. Because of its high-revving characteristics, it proved unpopular with drivers, who were used to slow revving, long stroke, UK diesels. It was also disliked by operators because of its poor fuel economy. 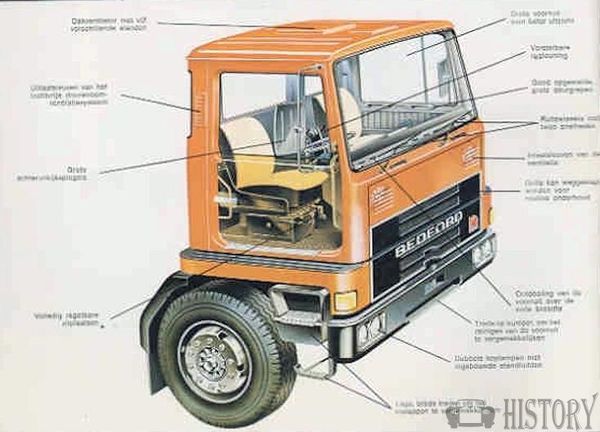 Available as either an articulated tractor unit, or as a rigid, in either wide or narrow day and sleeper cabs, the TM was actually a highly competent vehicle, and over the years was a common sight with some of the larger UK operators. It offered new standards of comfort and refinement especially for a Bedford.

The model finally bowed out in 1986, with the collapse of its parent company; the UK military continues to use some four-wheel drive and six-wheel drive TMs but they are being replaced by more modern trucks produced by MAN SE 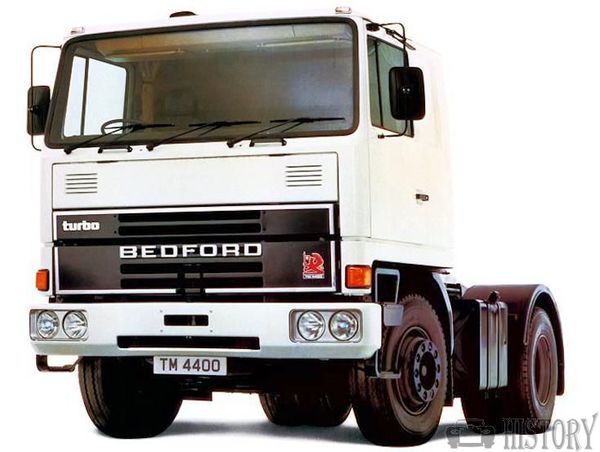