The Bedford TL is a truck that was produced by the British Bedford Vehicles company, a subsidiary of the General Motors owned Vauxhall Motors. Launched in June 1980, the more comfortable TL was intended to complement the Bedford TK, on which it was heavily based. Production began in April 1980, to allow trucks to reach dealers for the premiere. The TL was taken out of production with Bedford's demise in 1986, but production recommenced in 1988 with new owners AWD. The range expanded to include various derivatives, but production ended for good in 1992 when AWD went into receivership.

The chassis was as for the TL, with some minor alterations at the front to accommodate the new flat-floor cab. The front suspension, now taper leaf sprung, was also new. The TL was designed mainly for short hauls, but comfort was a bigger priority than for the TK. While an ample number of combinations were available, power outputs were higher than for the TK. From launch, the TL was powered by petrol and diesel engines. The six-cylinder petrol power units were the 214P 3.5-litre and the 300P 4.9-litre. The diesel units were the updated versions of the TK's 3.6-litre four-cylinder 220D and the 5.4-litre six-cylinder 330D, with the option for heavier models of the 8.2-litre Blue Series. Power outputs are 83 or 114 hp (62 or 85 kW) for the petrols, while the diesels offer 65 or 98 hp (48 or 73 kW) for the 220D and the 330D. The Blue Series offered either 128 or 151 hp (95 or 113 kW) depending on the model.

By 1984 the engine power was slightly increased with the adoption of turbocharging and the engines were reclassified and now called Red Series. The 3.6-litre 220D was now called the 70TD and the 5.4-litre 330D became the 105TD - the new names signified maximum power outputs. The 8.2-litre Blue Series engines continued in two version; the 130TD and the higher rated 175TD. 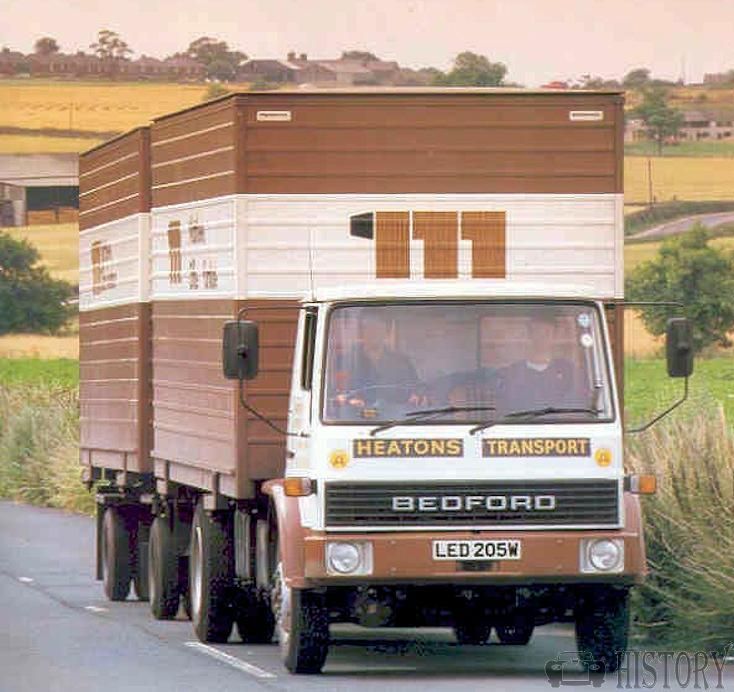