The Bedford CA was a Light commercial vehicle produced between 1952 and 1969 by Bedford in Luton, England. part of Vauxhall.

There were long and short wheelbase versions.Both versions there were models with 10 to 12 cwt (500-600 kg) payload or 15 cwt ( 750 kg) payload .Generally it was supplied as a light delivery van with sliding doors, but it was also available as a chassis with cowl upon which specialist bodywork could be added.The Bedford Dormobile was a Campervan conversion based on the Bedford CA van.

In those days, the Bedford CA was a common site found all over Britain.A total of about 370,000 were built.The appearance of the CA changed only slightly in the 17-year construction period 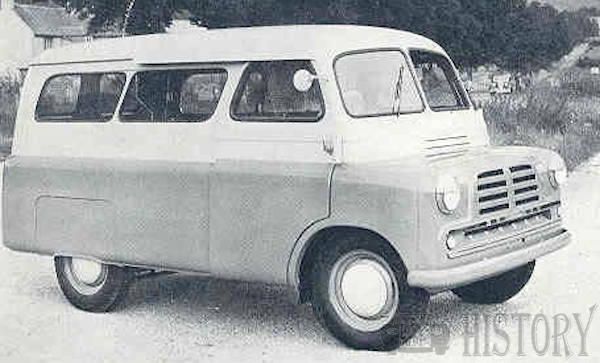 The overall profile and architecture of the CA changed little during the vehicle's seventeen-year life.There were three different versions.The first CA had a split windshield, consisting of two flat panes with a vertical center bar.When curved glass became affordable in Britain in 1958, the split windscreen was replaced with a slightly curved one.At the same time, the original two-piece painted grille was replaced with a smaller grille that was also painted in body colour.The third version of the CA, delivered from late 1964, had a lower deeper windscreen, reducing the height of the sheet metal strip under the windshield.From 1964 there was also a radiator grille made of pressed aluminum for the first time. 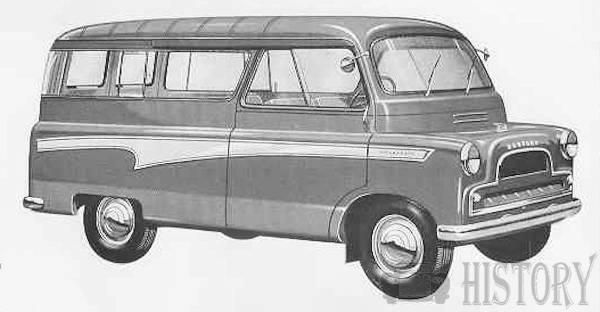 The CA had a very short hood, which gave it an eye-catching look.This layout meant the driver and passenger have their legs either side of the engineAnd much of the vehicle's length could be used for payload.A small flap in the front of the vehicle or the inner cover for maintenance work on the engine
For major repair work, the entire front of the vehicle had to be removed with headlights, radiator grille and front cross member. 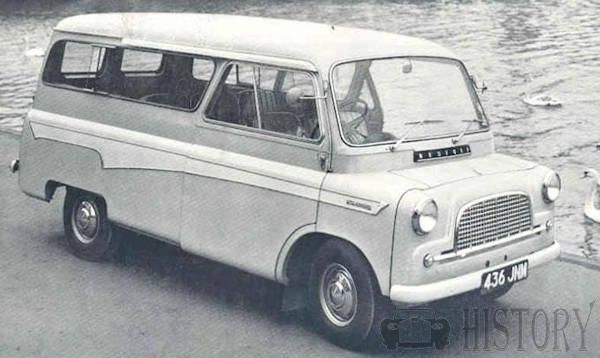 The CA had a 1508cc four-cylinder in-line engine with pushrod-operated overhead valves and three crankshaft bearings.The fuel mixture was a Zenith type 34VN downdraft carb.There was a low 6.8:1 compression engine version and a high compression 7.8:1 engine version
The Engine and three-speed gearbox were also installed in the Vauxhall Victor F Series.The FC series four-speed transmission could easily be fitted to any Bedford CA with a three-speed transmission.later this was available as an optional extra. Later models also had the larger post-1964 FB-series engine of 1594 cc.A 1622 cc Perkins diesel engine was also available, as was the Perkins 1760 cc diesel engine.
The front wheels were on double wishbones with coil springs mounted on a cross member.

The rigid rear axle was suspended on semi-elliptical leaf springs, 57 mm wide, attached to the chassis and rear axle.The 10 to 12 cwt versions had seven spring leaves, the 15 cwt version eight. Each of the spring leaves was 6.35mm thick.The gear shifter was mounted on the steering column, the switches for the direction indicators on the dashboard.The high beam switch was operated with the foot. The starter was operated with a lever under the handbrakeThe only gauge fittings available were a speedometer, a fuel gauge and a cooling water thermometer.
The cooling water temperature was mechanically measured by a capillary tube connected to a liquid capsule Later models had an electric version.

The Duplex drum brakes, with cast iron brake drums on each wheel, were equipped with inner shoes covered with linings containing asbestos .
Duplex brakes were installed at the front , so each brake shoe was actuated by its own simple hydraulic cylinder.The braking system with a hydraulic circuit was supplied by Lockheed .The steering was a Burman recirculating ball type. 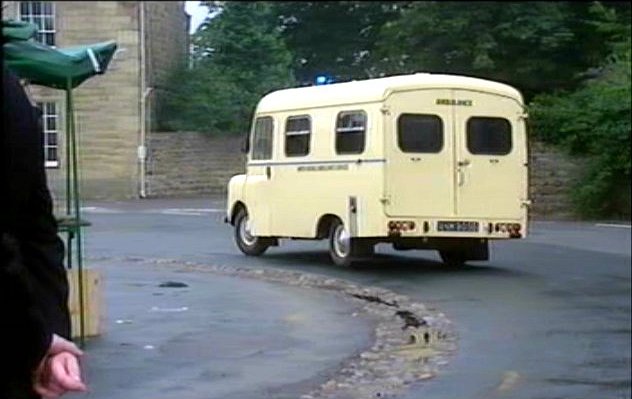