The Bedford CF was a model of light commercial vehicle produced by Bedford Vehicles for almost twenty years from the late 1960s. In Germany and certain other continental markets, the CF was sold through Opel dealers as the Opel Bedford Blitz from 1973 on.

Introduced November 1969 to replace the 17 year old Bedford CA, the CF van variants soon became some of the most popular light commercial vehicles on British roads.

The CF could be specified with a sliding door in the side panel directly behind the passenger door, and it was generally with this layout that the van was also commonly used as a base vehicle for a caravanette.

In Australasian markets, the CF could be optioned with Holden six-cylinder units, in 2,850 cc (173.9 cu in) and 3,310 cc (202.0 cu in) forms. This was as an answer to the rival Ford Transit range, which in Australia used six-cylinder engines from the Ford Falcon vehicles.

The Bedford used the same basic suspension lay-out as the Vauxhall Victor, though married to greater wheel arch clearances and calibrated for greater weight carrying capacity. The front independent suspension featured a double wishbone layout with coil springs and telescopic shock absorbers, while the rear wheels were suspended by a combination involving a live axle and traditional long single-leaf springs.

There were three CF1 body styles. A standard panel van which was intended to rival the Ford Transit; the special van body (essentially a self-contained cab with a general-purpose chassis onto which a wide range of custom-built bodies or beds could be built), and the Dormobile (caravanette). 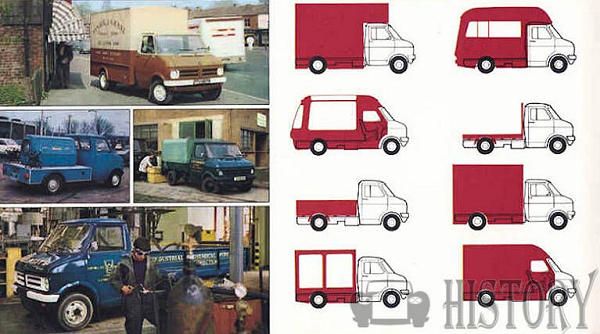 The restyled front end was engineered so that by removing 8 bolts the whole front panel could be completely removed, providing easy access to the engine so it could be removed from the front instead of from underneath like on the CF1.

(The CF1 "facelift" is often confused with being a CF2 because it's difficult to tell them apart from the exterior. The easiest visual check is that that the CF facelift will have the same old metallic door handles and mirrors as the CF1 while on the CF2 have new plastic ones.)

The Bedford CF van was the second most popular van in the UK, second only to the Ford Transit. Along with the Transit, the CF was usefully wider than competitor vehicles from Austin-Morris, Rootes and Volkswagen. It was also the most common caravanette. CFs were popular with customisers throughout the 1970s and 1980s.

The Bedford CF was widely used. The British police, in particular, used them for prisoner transport and as riot vans. The British Military also had a fleet of CFs. They were used by builders and builders' merchants, as well as by courier services and the Post Office. They were also a popular caravanette due to their space and reasonable fuel consumption. They were used as ice cream vans in Britain. 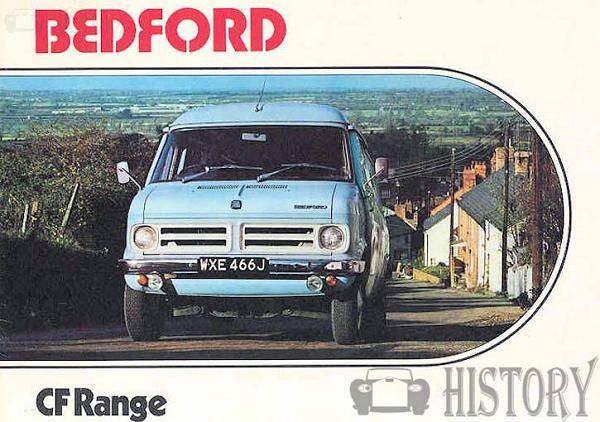