Austin A55 Cambridge MK I 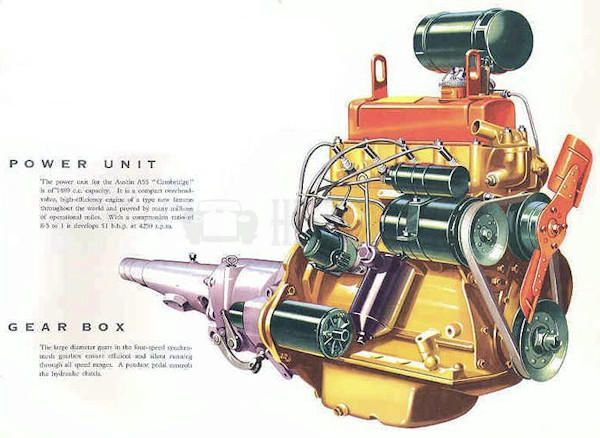 The Cambridge had been restyled somewhat and now had a larger boot and much larger rear window. The car was also lowered by fitting 13 in (330 mm) road wheels which were smaller than those on the A50 but the overall gearing remained the same by changing the rear axle ratio. Two tone paint was an option.

Just over 150,000 were produced when it was replaced by a new Pininfarina-designed A55 Cambridge for 1959.

Van and pick-up versions based on the pre-"Farina" A55 were introduced in 1957, and remained in production until 1973. From 1962 they were fitted with the 1622cc engine and renamed A60, fitted with a wider grille never seen on the Cambridge car, and also offered under the Morris 1/2 ton name. In their final years the van and pick-up were all designated "Morris", following a decision to remove the Austin badge from British Leyland commercial vehicles. 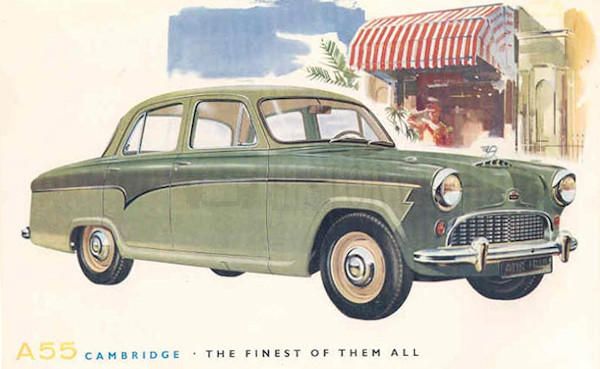 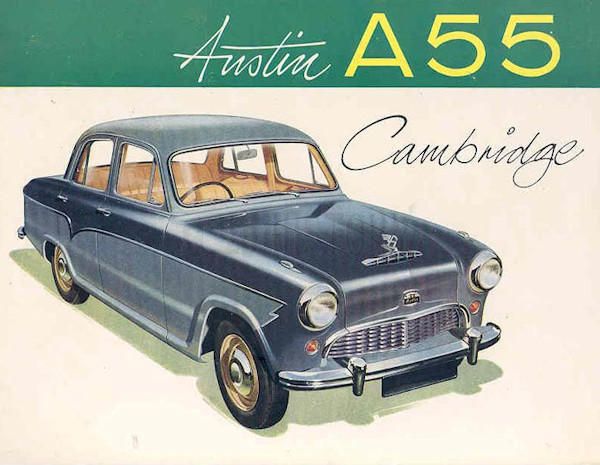