The third generation A3 was launched in three-door hatchback form at the 2012 Geneva Motor Show and went on sale in Europe in September 2012.

Based on the Volkswagen Group MQB platform, the third generation will later become available as a five-door "Sportback" and convertible. For the interim, the convertible and five-door bodystyles will continue on the previous Typ 8P chassis until 2013. It is at this time when for the first time, an A3 four-door sedan version will be offered—thus effectively filling in the gap left by the A4 which has become larger with each generation. 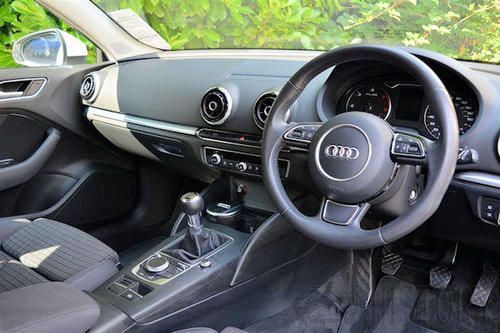 New features included in the new A3 include a new entertainment system with handwriting recognition and adaptive cruise control.

What Car? also awarded it Small Family Car of the Year 2013.

The basic equipment list includes equipment that is standard across all versions of the Audi A3 Hatchback.

EuroNCAP tested a third generation Audi A3, 3-door hatchback with front airbags, side airbags, seatbelt pretensioners and load limiters as standard and scored it accordingly: 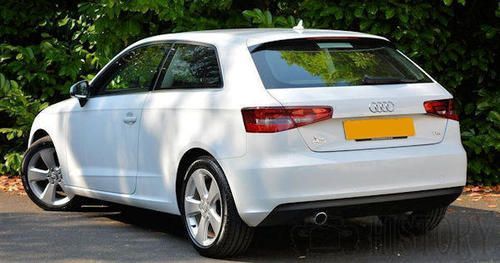