The original A3 (or Typ 8L) was introduced in the European market in 1996, marking Audi's return to the production of smaller cars following the demise of the Audi 50. This was the first Volkswagen Group model to use the "PQ34" or "A4" platform, bearing a natural close resemblance to its contemporary, the Volkswagen Golf Mk4. The car was initially available only with a three-door hatchback body, in order to present a more sporty image than the Golf, in both front- and four-wheel drive. All engines were an inline four-cylinder configuration, and were transversely mounted. After the A4, the Audi A3 was the second model in the Audi lineup to use five valves per cylinder. 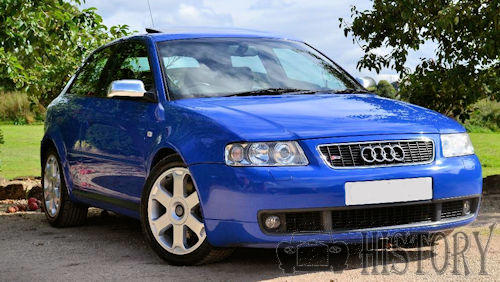 Although dubbed "quattro", the S3 uses a different "on-demand" four-wheel drive system.The Haldex Traction coupling adjusts the bias of torque distribution from the front to rear axle as grip requirements change – most of the time it operates as a front-wheel drive.

The S3 was sold in the United Kingdom, Europe, Japan, Mexico, South Africa, Australia and New Zealand, but was not officially marketed in the United States.

The S3 was facelifted in 2000, where it was given one-piece headlights/indicator units, different front wings, rear lights clusters, and some minor upgrades to interior trim. There had been minor changes to the design previous to this, including digital clock on the dash. 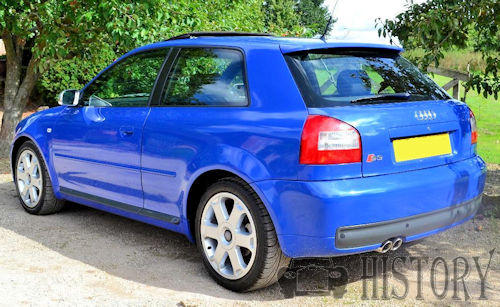