Audi introduced a revised A4 in late 2004, with the internal designation of B7. However, this new range A4 still utilised the existing Volkswagen B6 (PL46) platform, a chassis derived from the outgoing B6, but enjoyed heavily revised steering settings, suspension geometry, new internal combustion engine ranges, navigation systems and chassis electronics (including a new advanced Bosch ESP 8.0 Electronic Stability Programme (ESP) system). The front grille assembly has changed to be a tall trapezoidal shape in the same manner as the C6 (third-generation) Audi A6.

Audi's internal platform nomenclature uses PL46 (passenger car longitudinal platform, size 4, generation 6) for both B6 and B7 chassis. The Typ 8E and Typ 8H internal designations are also carried over from the B6 A4 range, but now have an additional identifying suffix – 8EC for the saloon, 8ED for the Avant, and 8HE for the Cabriolet.

The basic equipment  standard across all versions of the Audi A4 Saloon (05-07). 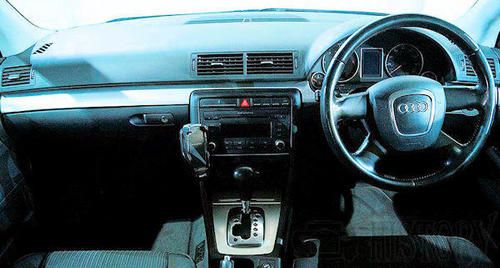 The engine lineup received many additions. The 2005 introduction of Fuel Stratified Injection (FSI) on the 2.0 TFSI and 3.2 V6 FSI petrol/gasoline engines, as well as other refinements, increased power output to 200 PS (147 kW; 197 bhp) and 255 PS (188 kW; 252 bhp), respectively. These engines both implement a four-valve per cylinder design. The prior 5-valve design was incompatible with the FSI direct injection system (due to the siting of the fuel injector, now discharging directly into the combustion chamber). The 2.0 Turbocharged Direct Injection (TDI) diesel engine now combines Pumpe Düse (Unit Injector) (PD) technology with 16 valves for the first time, while the larger 2.5 TDI V6 diesel was superseded by a 3.0 V6 TDI, offering a 204 PS (150 kW; 201 bhp) model during the year 2005 which was upgraded to a 233 PS (171 kW; 230 bhp) model in 2006. A 2.7 V6 TDI was added later.

In addition to the higher-performance Audi S4, which carried over the powertrain from the B6 S4 – Audi has reintroduced the ultra-high performance quattro GmbH developed Audi RS4 (RS for RennSport) to the lineup, for the first time on the saloon/sedan and Cabriolet body, and with a naturally aspirated, but high-revving 4.2 litre V8 FSI engine. Another notable inclusion on the RS4 is the latest generation Torsen T-3 quattro 4wd system, which uses a 'default' asymmetric 40:60 front-rear dynamic torque distribution bias. This new asymmetric centre differential was initially only available on the RS4, but was added a year later on the S4. The remainder of the B7 A4 range still utilised the T-2 50:50 default dynamic split centre diff.

A limited edition variant, developed by quattro GmbH, was first introduced in May 2005, named "Audi A4 DTM Edition". It was inspired from Audi's race cars of the 2004 Deutsche Tourenwagen Masters, and was reintroduced in 2006 as a regular option. The 2.0T FSI engine received revised software mapping to the ECU, which increased the output to 220 PS (162 kW; 217 bhp) and 300 N·m (221 lb·ft) of torque. It was available with front-wheel drive, or quattro four-wheel drive.

The B7 Cabriolet model arrived later than the other two body variants, with sales beginning in February 2006. New on the Cabriolet was an entry-level 2.0 TDI version, but to date, this is not being offered with the multitronic CVT gearbox.

When its successor, the new B8 A4 range was introduced, the B7 series A4 was not destined for extinction – it was restyled and rebadged as the SEAT Exeo in 2008, with styling changes to the front and rear, also incorporating interior trim from the A4 Cabriolet. The entire Audi B7 A4 production line from Audis Ingolstadt plant was dismantled and sent to Volkswagen Group's related SEAT factory in Martorell, Spain 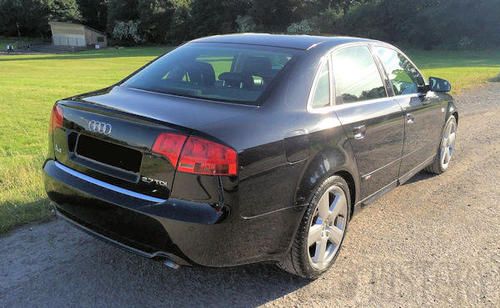