The Aston Martin DBS V8 is a GT car produced by the British manufacturer Aston Martin Lagonda Limited from 1967 to 1972.

The DBS was intended as the successor to the Aston Martin DB6, although the two ran concurrently for three years. Powered by a straight-6 engine, it was produced from 1967 until 1972, eventually being phased out in favor of the Aston Martin Vantage the DBS was the last Aston Martin to be built under David Brown's control. As with all traditional Aston Martins, it was entirely hand built with each car requiring 1,200 manhours to finish.Although David Brown had left the company, he had overseen development of this model.After the end of the David Brown era, the model got a new front end and was sold under the name Aston Martin V8 Saloon.

Aston Martin had already designed a larger two-door saloon for V8 applications. The engine was still not ready, however, so in 1967 the company released the DBS with the straight-six Vantage engine from the DB6.The Tadek Marek's V8 was ready around two years later, and then Aston Martin released the DBS V8 .At the London Motor Show in September 1969, Aston Martin presented the DBS V8 with a new light-alloy eight-cylinder engine, the origins of which date back to 1965 ,this engine. In particular, has the bore of the six-cylinder (96 millimeters) was retained so that the same pistons could be used to save costs with the new V8 engine. Marek's V8 engine displaced 5.3 L and used Bosch fuel injection .With this 5340cc V8 engine, this variant being known as the DBS V8. At the time, it was the fastest 4-seater production car in the world. The new model was fitted with light alloy wheels (as opposed to wire wheels on the DBS) and ventilated brake discs. Automatic transmission was offered as an alternative to the ZF 5 speed manual gearbox. The DBS V8 was produced until May 1972, after which it was given a single headlamp front end and was renamed to AM V8. Some features of the V8 model are the larger front air dam and larger and wider wheels, The tail lights were taken from the Hillman Hunter.

With the demise of the straight-six Vantage in 1973, the DBS V8, now restyled and called simply the Aston Martin V8, became the company's mainstream car for nearly two decades. 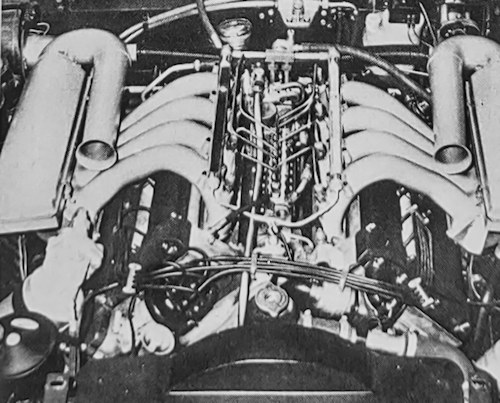 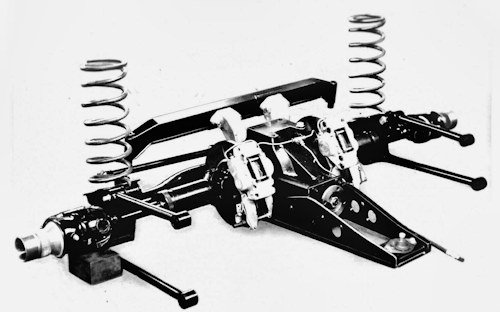 In 1969, David Brown had a four-door sedan made based on the DBS. This was a body version that was in William Towns' design concept from the start. The vehicle was designated Lagonda DBS V8 . The car was already equipped with the eight-cylinder of the DBS. It initially remained a one-off until 1974 .In total 402 DBS V8 car were built.