The Wolseley 15/60 was the first of the mid-sized Pinin Farina-styled automobiles from the British Motor Corporation (BMC). Launched in December 1958, the design would eventually be shared with seven other marques. All of the cars were updated in 1961 with a larger engine and new model designations. The Wolseley 16/60 was the last, in production until 24 April 1971.

Note that there were two other Farina-styled car lines launched by BMC at the same time — the compact Austin A40 Farina and large Wolseley 6/99/Austin A99 Westminster and derivatives. 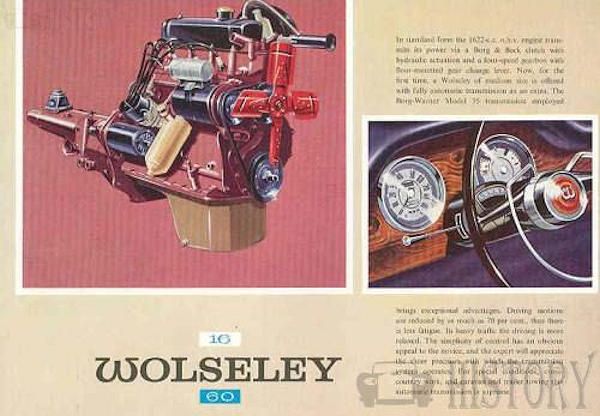 Most of the 1500 cc cars lasted only until 1961, though the Di Tellas remained for four more years. The models were replaced with a slightly modified Farina body style with longer wheelbase and smaller rear fins (though the MG and Riley kept the larger fins) and most were renamed. These were now the Austin A60 Cambridge, MG Magnette Mark IV, Morris Oxford VI, Riley 4/72, and Wolseley 16/60. For some buyers, the most important of the 1961 changes affecting the Wolseley was the availability of Borg Warner 35 automatic transmission. Buyers choosing the 4-speed manual transmission version may have been disappointed to find that the 1961 16/60 still came without synchromesh on first gear. By this time all-synchromesh gear-boxes were the norm for most competitor vehicles in the UK.

Changed grille designs make it easy to distinguish the 1961 Austin and Morris models from their predecessors but other versions are less easy to distinguish. Viewed from the outside, the Wolseley 16/60 was differentiated from the 15/60 by the overriders on the bumpers which protruded more than on the earlier car: the plastic mouldings on the rear lights were also modified along with the rear fins, now much reduced in their sharpness.

The 1600 cc Farina models mostly remained in production through to 1968. However, with no rear wheel drive Wolseley-badged replacement produced, the Wolseley 16/60 model continued to be offered for sale until early 1971. 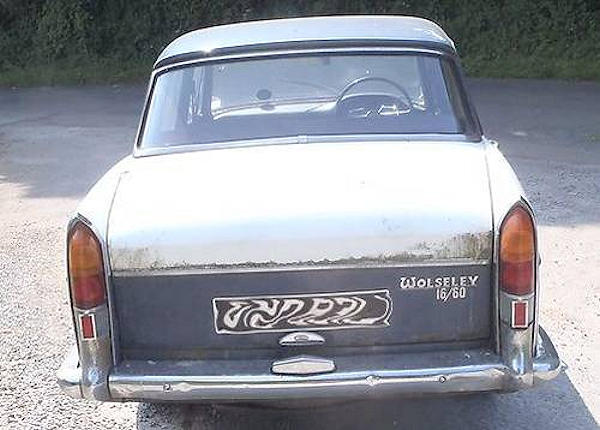