The Wolseley 4/50 was the first post-war automobile models for ten years. Similar to the Six-Eighty and are almost alike in outward appearance but differ widely in power The 4-cylinder 4/50 used a 1476 cc 50 hp (37 kW) version of the 6/80 engine, while the 6/80 used a 2215 cc 72 hp (54 kW) straight-6 single overhead cam. Changes to a lesser degree, in length of body and wheelbase. They were rushed into production in 1948 and were based on the Morris Oxford MO and the Morris Six MS respectively.

These models were built at Morris's Cowley factory alongside the 'Oxford'. They were replaced in 1953 and 1954 by the Wolseley 4/44 and 6/90. The cars The Saloon, is in the
distinctive Wolseley style and is built on integral chassis-body lines, and well equipped, with an upright Wolseley grille different from the 6/80 and often used by the Police at the time with colour schemes such as maroon, black or moonstone grey, with duo-tone leather upholstery in mole brown and grey. 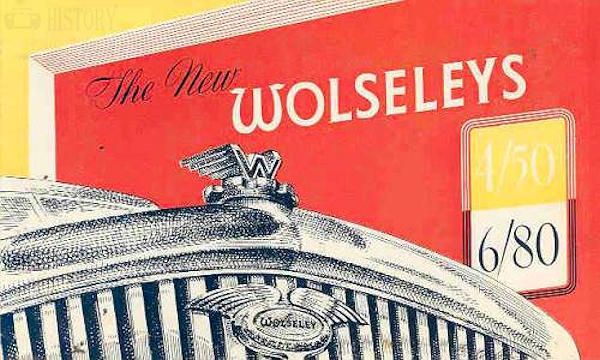