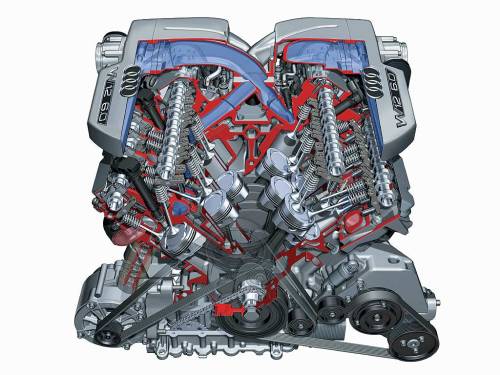 Volkswagen Group currently produces W12 engines. It is constructed by mating two narrow-angle 15° VR6 engines at an inclined angle of 72°. The narrow angle of each set of cylinders allows just two overhead camshafts to drive each pair of banks, so just four are needed in total. Note that this design differs from the W18 engine that Volkswagen Group produced for its Bugatti concept cars of 1998 and 1999. Due to this distinction, the Volkswagen Group's W12 engine is sometimes described as a "WR12".

The advantage of the W12 engine is its compact packaging, allowing Audi to build a 12-cylinder sedan with all-wheel drive, whereas a conventional V12 engine could only have a rear-wheel drive configuration as it would have no space in the engine bay for a differential and other components required to power the front wheels. The 6.0L W12 in the Audi A8L W12 (only offered in the long-wheelbase models) appears slightly smaller overall than the 4.2L V8 that powers the Audi A8 4.2 variants. 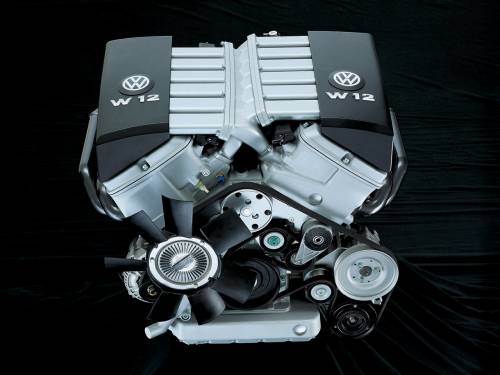