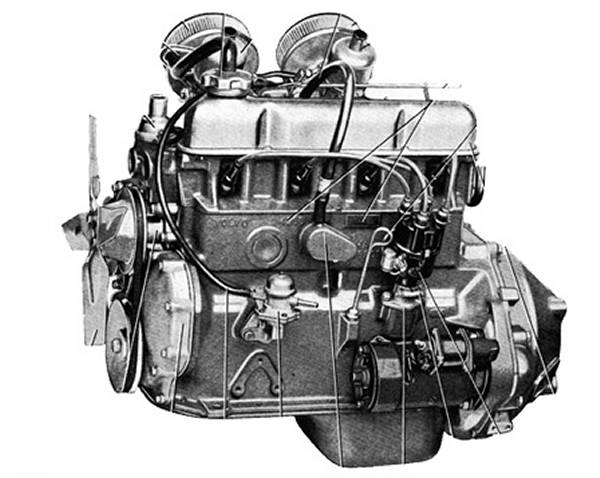 This B18 was a straight-4 automobile engine produced by Volvo Cars from 1961 through 1968. The five-bearing, cam-in-block engine, had OHV overhead valves operated by pushrods. The B18 is quite different in design from its predecessor, the three-bearing B16.

There are actually four variations of this engine:

The later B20E and B20F versions featured Bosch fuel injection (both electronic D-Jetronic and later with mechanical K-Jetronic), larger valves, and intake/exhaust ports. Output was raised to 124 hp (DIN) (92 kW) in B20E, slightly lower in B20F because of stricter emission control and lower compression. All B20 engines displace 1986 cc from 88.9 mm bore and 80 mm stroke.

Some 240 models and the C202 were offered with the "metric", eight bolt, 2.0 liter pushrod B20 motor as standard equipment.

Despite their OHV pushrod design, the engines can rev to 6,500 rpm.