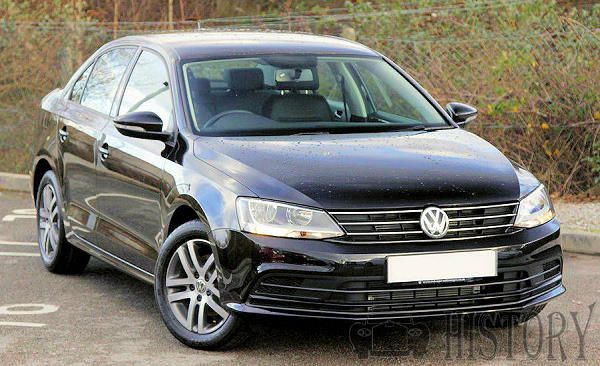 The sixth-generation Volkswagen Jetta, known as the NCS (New Compact Sedan) during its development, was announced in the North American market in June 2010.

The new model is larger and cheaper to produce than the previous Jetta making the vehicle more competitive against rivals such as the Toyota Corolla and Honda Civic as part of Volkswagen's goal of reaching sales of 800,000 units in the North American market by 2018. Production of the vehicle is at Volkswagen's Puebla, Mexico, facility.The sixth generation Volkswagen Jetta was primarily designed by Volkswagen Mexico under the supervision of Volkswagen Germany and 70% of the parts are designed and manufactured in Mexico.

Although no longer sharing any body panels with the Golf and having a longer wheelbase, this model is partly based on the same PQ35 platform.

Volkswagen's target of increasing its North American sales removed the Jetta from the premium compact car market. This forced many cost-cutting measures to be made for the North American models, which include a lower quality trim material for the interior and the replacement of leather with leatherette as an optional seating upholstery. Leather is still available on Canadian-spec models. The North American version also loses the multi-link rear suspension of the previous generation. Engines from the MK5 Jetta carried over include the 170 hp 2.5 L (five-cylinder) as well as the economy-minded 140 hp 2.0 TDI (diesel) engine. A hybrid, 1.4 L engine mated to an electric motor will be available in 2012 due to hybrid popularity in North America. The 2013 Volkswagen Jetta Hybrid was unveiled in January 2012 at the North American International Auto Show. The Jetta Hybrid has an estimated combined fuel economy of 45 mpg-US (5.2 L/100 km; 54 mpg-imp).In North America, the base model (S in the US, Trendline in Canada) receives a 2.0-liter 8-valve four-cylinder engine with 115 horsepower and 125 lb·ft (169 N·m) torque. Sales of the 2013 model year Jetta Hybrid are scheduled to begin in the U.S. by late 2012.

The Jetta GLI, a sedan version of the Golf GTI based on the new Jetta, was revealed at the 2011 Chicago Auto Show with the 2.0 TSI 200 hp engine and a fully independent suspension, as well as the European Jetta's soft touch materials. A black honeycomb grill, aggressive lower intakes, side adorning foglights, smoked taillights, dual tailpipes, red painted calipers, and red stitching are all elements to separate it from its run-of-the-mill counterpart. The GLI, as well as the Jetta TDI, are the only two trims to receive Volkswagen's 6-speed manual transmission as well as the optional 6-speed DSG gearbox.

The European version will differ in some respects, particularly in having multi-link suspension at the rear.The European version will also incorporate soft-touch plastics on most of the dashboard (not the doors for this generation), and the rear seat center air vents have been restored. The Jetta will also have a VR6-engined higher-performance version, to be called Jetta R, that is positioned directly against Mitsubishi Lancer Evolution, although early speculation said it would be using a 2.0-litre turbocharged engine as same as Golf R and Scirocco R. 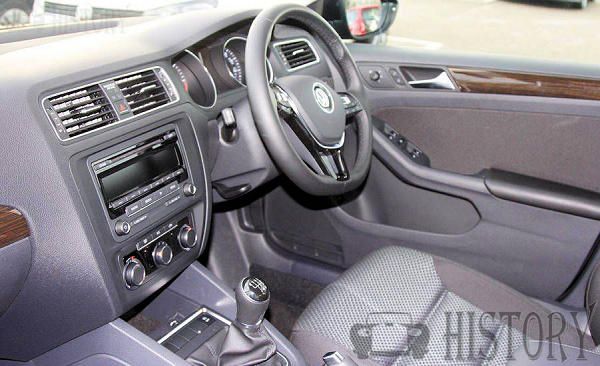 The sixth-generation Jetta went on sale on July 22, 2010 in Mexico, thus becoming the only country in the world where both the fourth (sold as the Volkswagen Clásico), and sixth generation Jetta are available simultaneously. (Both models are also both available in Colombia).

.The sixth generation Jetta replaced the fifth, known in Mexico as the Volkswagen Bora. A special edition called the "Volkswagen Jetta Edición Especial Bicentenario" and approved by the Mexican Federal Government commemorates that country's 200th anniversary of the beginning of its war of Independence, on September 16, 1810. It is also the first car in Mexico with granted permission to use an official government logo (a "2010" plaque). 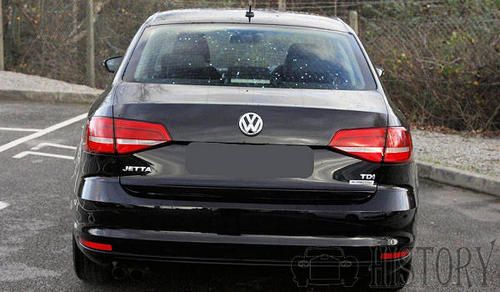