Automotive manufacturer of San Francisco , California United States from 1913 to 1938. 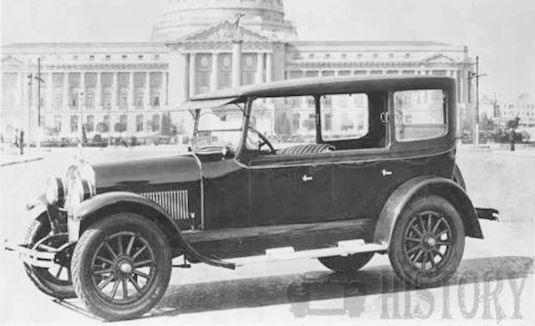 Paul Kleiber moved in the 1890s from Alsace-Lorraine in the United States. There he experimented with automobiles . At the beginning of the 20th century, he sold commercial vehicles of the Gramm Motor Truck Company . In November 1913 he founded his own vehicle manufacturing company. This was the Kleiber & Company based in San Francisco , California . He made 1914 Commercial Vehicles brand Kleiber .

In 1919 the name changed to Kleiber Motor Truck Company . Between 1924 and 1929 they also produced passenger cars, which were also marketed as Kleiber .

In 1929 it became the Kleiber Motor Company .  At the time, there was a connection to the Studebaker Corporation . With the death of Kleiber in 1938, the company was dissolved.