Automotive manufacturer of Okemos , Michigan United States from 1969 to 1994. 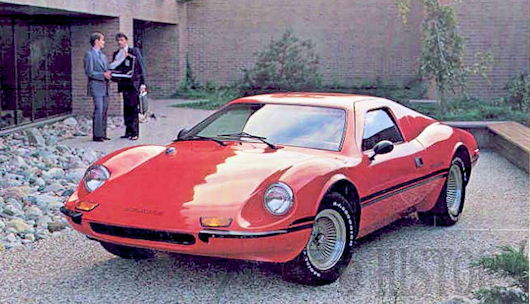 Kelmark Engineering was an American manufacturer of kit cars , which was located in Okemos , Michigan from 1969 to 1994 .

Kelmark focused on mid or rear engine kits that were assembled by individuals or specialists by hand. Either the kits were built on the floor panel of a VW Beetle or they received tubular frames in the style of racing cars.Various engines avalable from mazda Ford or even Porsche,With Auto gearbox and air con options avalable.Built yourself a estimate of only 150 hour to build some cars on pre built chassis.

None of the models was produced in large numbers, but the GT was the most successful . When introduced in 1969 the car was flashy styling, allegedly of concept cars from Ferrari and Corvette.

The Independence was a GFK body for a VW floor group, while the Liberator was even more tuned and could be mounted on a tubular frame, a VW or Porsche chassis or even on another chassis according to customer requirements.

Kelmark also built a unique vehicle at the time, a VW Beetle with a V8 engine called Sleeper  . He looked like a factory made VW Beetle. Also, there was a Corvairwith V8 mid-engine  . 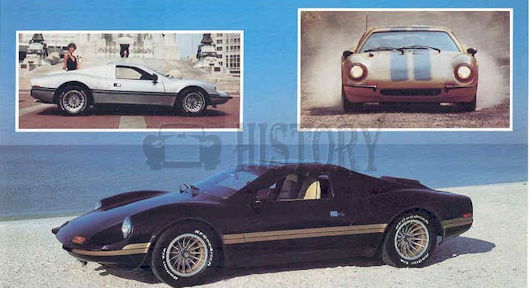