Automotive manufacturer of San Jose , California.United States from 1979 to 1998.

The company was founded on April 10, 1979 in San Jose , California . The production of cars and kit cars began.  The brand name was Gatsby .In 1998 JPR Cars Ltd. took over the enterprise. 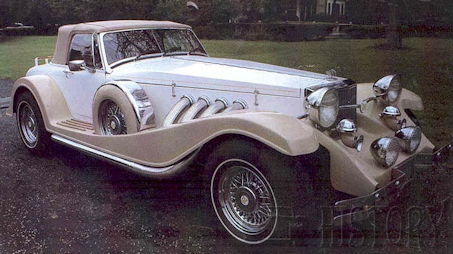 One model was the Gatsby . This was a 1930s Neo classic style vehicle similar to the Clénet Coachworks car .  The chassis came mostly from Ford and in other cases of General Motors .  At first, the body consisted of steel and  by 1983 from fiberglass .

The Griffin roadster was the successor to the Scepter of the Scepter Motorcar Company . It had a Ford chassis and always a fiberglass body and 118" wheelbase and engines avaliable from Ford Chevy and Chrysler from 302 to 440 cubic inch.Basic kit from $2,600
.