Automotive manufacturer of Buffalo , New York.United States from 1900 to 1903. 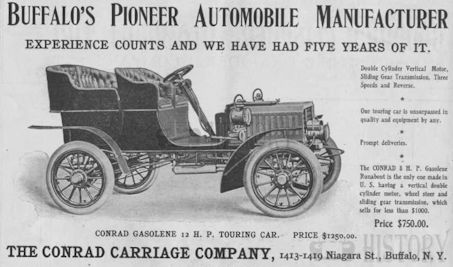 Conrad Motor Carriage Company was an American manufacturer of automobiles in the early part of the 20th century.

The company was founded in 1900 in Buffalo , New York . Schuyler L. Fisher was president. In the same year began the production of steam cars . The brand name was Conrad . In November 1902 for the model year 1903 vehicles came with gasoline engines . The death of the president was announced in the same month. 1903 ended the production.The Lackawanna Motor Company tried in 1904 to continue production.

The only 1901 model was simply called Steam Runabout . A steam engine powered the rear axle via a chain. The bodywork was an open runabout . It was steered with a steering lever. 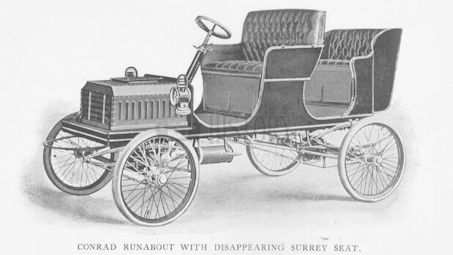 1903 accounted for some of the steam cars. What remained were Style 65 as Special Runabout , Style 70 as Dos-à-dos and Style 77 ½ as Panel-Seat Runabout . There were also three models with petrol engines. Common ground was a two-cylinder engine , chain drive and a steering wheel . They differed in engine power, in the length of the wheelbase and in the bodywork. A chassis with 198 cm wheelbase formed the basis for two runabouts, which had engines with either 8 hp or 9 hp. There was also a touring carwith 213 cm wheelbase. His engine made 12 hp. 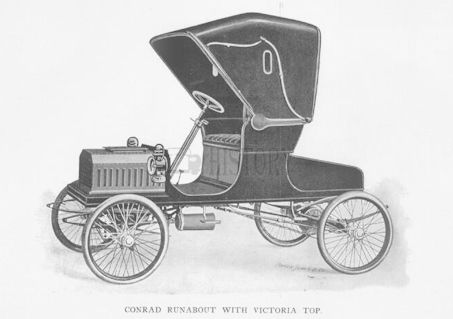