Automotive manufacturer of United States from 1979 to 2008. 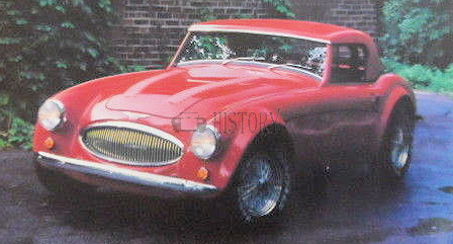 The first manufacturer of automobiles and kit cars was from 1979 Classic Roadsters Ltd. Inc.  from Fargo , North Dakota .  As of February 17, 1992, there was an office in Miami in Florida .  This was followed by Performance Classics , also from Miami.  There is an indication that this was in 1993. Between 2003 and 2008, Classic Roadsters II Inc. of Sauk Center , Minnesota was the manufacturer. This company was founded on July 16, 2003 by Don Scott and dissolved on January 7, 2009.  In addition to the Scott Gary Rutherford, Scott Dennison and Jeff Davis called.

The offer included replicas of classic vehicles. The Duchess resembled the MG TD and was based on a chassis of the VW Beetle .

The Saxon  and Sebring was modeled on the Austin-Healey 3000 with the option for a hard top . He had a tubular frame and optionally a V6 engine or a V8 engine. A version with widened fenders was called the Sebring .

There was also a replica of the Mercedes-Benz 500 K .

The model Marlene was taken over by Bradley Automotive . He also resembled a Mercedes-Benz of the 1930s.

1982 followed with the Duke a replica of the Jaguar SS100 . The engine was either from Ford or General Motors .

A vehicle in the style of the AC Cobra was also in the range.