Clénet was a manufacturer of Neoclassic automobiles with old retro styling, mixed with modern technology. Each limited-production model was conceived, designed, and produced by a small team of men and women in Santa Barbara County, California, in the 1970s and 1980s. The automobile's distinctive styling was based on the high-end automobiles of the 1930s. Despite their retro looks, Clénets used modern drive trains and suspension systems.

Clénet Coachworks, Inc., was formed by Alain Clénet and investors in 1975. Originally started in a garage, the company was moved into an airplane hangar where an assembly line style of production was begun, later to be reborn in a "high tech" facility in Goleta, California, where production of Series II continued until the company ran into financial difficulties in 1980, ceased production, and Alain Clénet filed for bankruptcy. The remaining bodies, tooling and equipment went up for auction. Soon after the bankruptcy, Alfred J. DiMora owner of Classic Clenet Club and one of the first employee of Clenet, purchased of the assets of Clénet Coachworks, Inc.

Clénet's first car was, logically enough, called the Series I. It was a roadster designed in a 1930s style. This was then replaced by the heavier-looking Series II in 1979.

Sir Alfred J. DiMora purchased the assets of Clénet Coachworks, Inc., revived Clénet and moved the company to a new production factory in Carpinteria, California. He re-established the production of the automobile to the same standards of the original, employing many of the original craftsmen from the first Clénet company. Production resumed the two series of Clénets started at the Goleta facility. Later the Series IV and Series V Designed by Sir Alfred J. DiMora were added to the line of Clénet automobiles. Clénet Coachworks automobiles offered such features as Italian walnut burl dashboards and etched glass accented by Waterford crystal ashtrays which brought many Clénet models in at over $100,000. Buyers included Farrah Fawcett, Rod Stewart, Ken Norton, Sylvester Stallone and King Hussein of Jordan. Clénets were called "Driven Art" by Automotive Age and the "American Rolls-Royce" by Fortune. 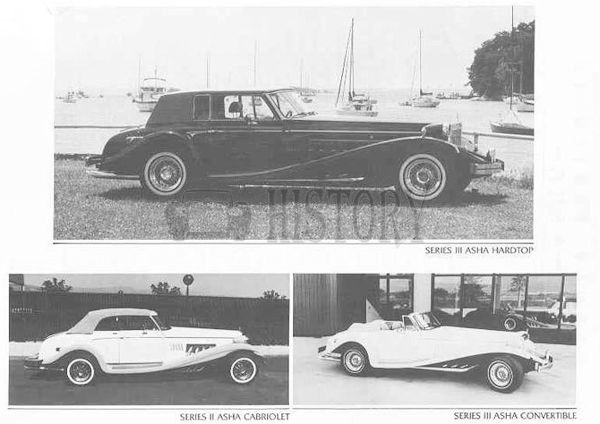