John B. Corcoran, George W. Atterbury and Elmer B. Olmstead founded in 1904 the car car equipment company for the production of commercial vehicles . The seat was in Buffalo in the US state of New York . 1907 saw the first cars , which were marketed as an Auto Car . Later, the name changed to Auto Car Manufacturing Company and in December 1909 to Atterbury Motor Car Company . The reason given was the likelihood of confusion with the Autocar Company. 1911 emerged again some cars, now as Atterburywere offered. In March 1912, the next name change followed in Atterbury Motor Truck Company . It was not until 1935 that truck production ended.

The trucks until 1908 had either gasoline or electric motors . The maximum value is 6 tonnes, although it remains unclear whether this was the payload or the gross vehicle weight. In addition, buses are specified. From 1910, the trucks had payloads between 1.5 tonnes and 7 tonnes. Various gasoline engines from Buda , Continental and Lycoming powered the vehicles.

The car model of 1907 was a large sedan that could accommodate seven to ten people. A six-cylinder engine with 60 hp powered the vehicles.By 1911 followed by a ten -seater touring car . 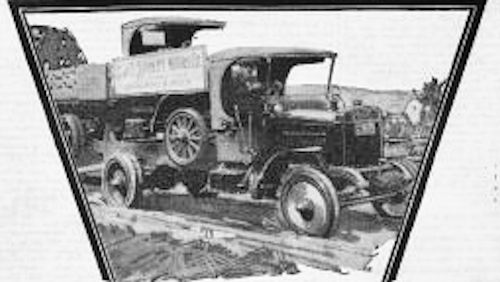