After Harry Knox left the company that had been building Knox cars in Springfield, he established the Knox Motor Truck Company in 1905 to produce Atlas commercial vehicles. His former partners at his previous firm took him to court over the name. After he was forbidden from using the Knox name, he formed the Atlas Motor Car Company in late 1907. 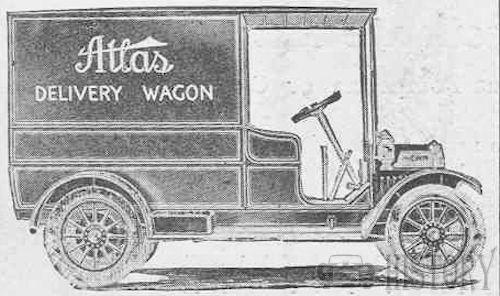 Harry Knox had proposed to the people producing the Sunset in California that he produce the car under license. At first they refused, but changed their mind after the 1906 San Francisco earthquake. The Atlas of Springfield was thus based on the Sunset, even using the same two-stroke engine. This same 2-cylinder 22 hp engine was used in the Atlas delivery vans and taxicab, starting in 1908. Harry Knox refined the engine and developed a 3-cylinder 34 hp version of it. Later, a 60 hp 4-cylinder version was offered. 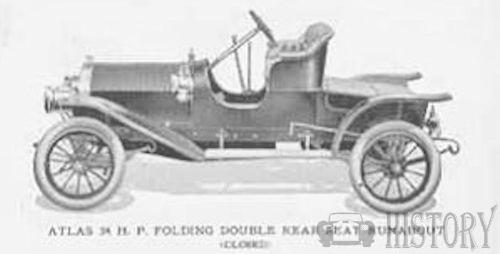 The firm entered an Atlas in the 1909 Vanderbilt Cup, being the first two-stroke car to enter a major long-distance road race. This fact was promoted in subsequent promotional materials. Not long after, the two-stroke engine fell out of favor in the marketplace, and Knox added a Knight sleeve-valved engine in 1912. These cars were called Atlas-Knights, and were bigger, five- or seven-passenger touring cars that cost approximately $3500.

The company was bankrupt by early 1913, supposedly due to problems acquiring engines. Harry Knox then moved to Indianapolis to assist the Lyons brothers in producing the Lyons-Knight. 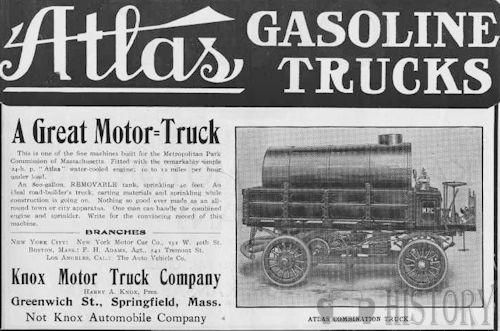