Automotive manufacturer of Moline Illinois.United States from 1909 to 1929. 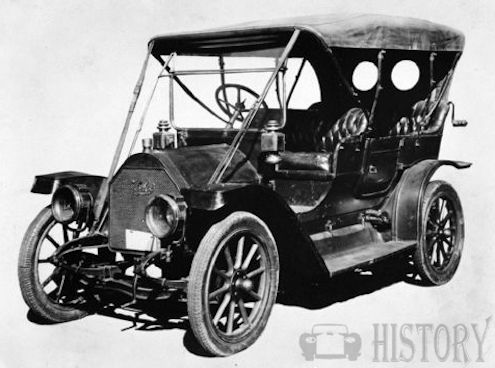 The Velie was an American car, which by the Velie Motors Corporation in Moline (Illinois) was produced from 1908 to 1929. The company was founded by Willard Velie , a grandson of John Deere .

Velie advertising pamphlets emphasized that the company made every important part of its own and not just purchased parts, a lesson they learned from Ford .

The Veli 40 of 1911 had a side-drive four-cylinder in-line engine with 5473 cc, Splitdorf -Magnetzünder and a power of 40 bhp (29 kW) and a Brown-Lipe spur-three-speed transmission. It was a four-seater with 2921 mm wheelbase, 34 "wood spoke wheels and tires - depending on customer requirements of Hartford or Firestone . The car cost US $1800

Velie produced 9000 cars in 1920. During the 1920s, the Velie automobiles were powered by six-cylinder Continental engines, but there was also an inline eight-cylinder with a Lycoming engine. From 1924 Velie used battery ignitions from Westinghouse Electric instead of the magneto ignition . The Velie Royal Sedan was the first car whose A-pillars were tilted backwards, which also gave the windshield a significant tilt (shown below).

The company also manufactured airplanes for several years. The Velie Monocoupe was one of the first aircraft for private pilots. In addition, they also produced aircraft engines, such as the Monocoupe 70 .

Willard Velie died in 1928 and his family stopped producing the Velie automobiles in January 1929. Monocoupe was sold to Phil Ball , a businessman from St. Louis, Missouri, and supporter of Charles Lindbergh . Monocouple aircraft were then built in St. Louis for several years. 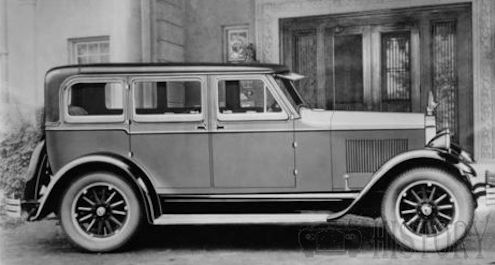