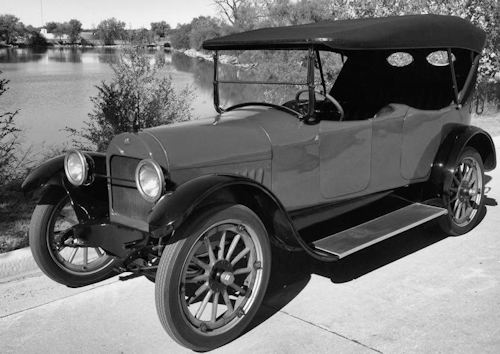 Geronimo was a pioneer vintage era American automobile, built at 409 South Grand in Enid, Oklahoma, between 1917 and 1920. It was what would today be called an "assembled car", relying on proprietary parts from outside suppliers. In addition, the company made tractors.

The Geronimo Motor Company was founded in 1917 by William C. Allen and incorporated with a $500,000 stock sale.

At its peak, between 40 workers and a peak of 125 were employed, producing and selling a total of 600 cars, though production levels may have reached 1000. Only one survives, a restored example found in a field near LaCross, Kansas, in 1972. It is now owned by the Enid Region of the Antique Automobile Club of America, and is still regularly used in parades and community historical events.