Automotive manufacturer of New York.United States from 1902 to 1903. 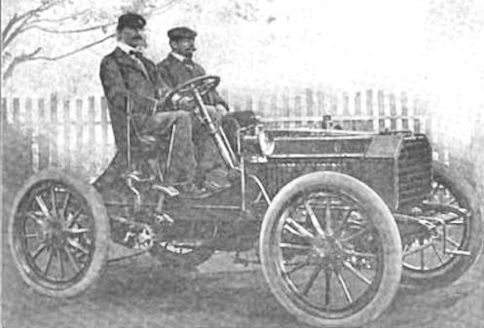 German-American Automobile Company was an American manufacturer of automobiles in the early part of the 20th century .

The company was founded on January 22, 1902 in New York City . William N. Beach was President, John L. Schultz Superintendent and James MacNaughton General Manager. Schultz previously worked for Daimler-Motoren-Gesellschaft . They started with the production of automobiles. The brand name was German-American . Already in September 1902, the bankruptcy began . On January 21, 1903, the bankruptcy was declared. Overall, not many vehicles.

The only model was similar to the former Daimler. It was designed by the manufacturer to the special needs of American drivers and requirements of American roads. The chassis was designed particularly strong. The vehicles had front engine and rear-wheel drive,the transmission had four speeds  The four-cylinder engine made 24 hp . An illustration shows an open runabout with room for two people.