Automotive manufacturer of United States from 1905 to 1967. 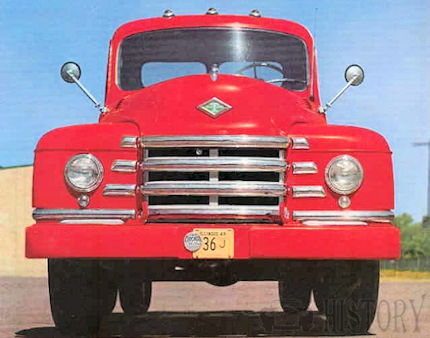 The Diamond T Company was an American automobile and truck manufacturer in the 20th century.

The Diamond T Motor Car Company was founded in Chicago in 1905 by C. A. Tilt. Reportedly, the company name was created when Tilt’s shoe-making father fashioned a logo featuring a big “T” (for Tilt, of course) framed by a diamond, which signified high quality. From its beginnings manufacturing touring cars, the company later became known for its trucks. By 1967, as a subsidiary of White Motor Company, it was merged with Reo Motor Company to become Diamond Reo Trucks, Inc.

During World War II, Diamond T produced a classic heavy truck in the 980/981, a prime mover which was quickly acquired by the British Purchasing Commission for duty as a tank transporter tractor. Coupled with a Rogers trailer, the truck gave sterling service with the British Army in North Africa Campaign, where its power and rugged construction allowed the rescue of damaged tanks in the most demanding of conditions. In addition Diamond T built the entire range of the G509 series 4 ton 6X6s, including cargo, dump, semi tractor, and wrecker trucks, as well as some lighter trucks, and even G7102 half tracks. Diamond T ranked 47th among United States corporations in the value of World War II military production contracts.Diamond T manufactured two pickup trucks: the Model 80 and the Model 201. Both pickups were powered by the Hercules QX-series 6-cylinder engines. The Model 201 was produced from 1938 to 1949.

Diamond T produced automobiles in Chicago from 1905 to 1911. The models produced were powerful touring cars of up to 70 hp.

The Diamond T 980 and 981 was a 12-ton hard-cab 6x4 truck. Powered by a Hercules DFXE diesel engine developing 201 hp (150 kW) and geared very low, it could pull a trailer of up to 115,000 lb (52,000 kg) and proved capable of the task of moving the heaviest tanks then in service. Early trucks used a standard Diamond T commercial cab, also used by the 4-ton G509 trucks. In August 1943 it was replaced with an open military cab. A long butterfly hood had vertical louvers along both sides.

A short ballast body was mounted behind the winch. There were closed tool compartments along both sides, two open containers in the front, and a bottom-hinged tailgate. The spare tire was mounted in the front. The box could hold 18,000 lb (8,200 kg) of ballast to increase traction on the rear tandem axles.

When paired with the M9 rogers trailer, the unit was designated the M19 tank transporter

The Diamond T Model 968 Truck, Cargo, 4 ton, 6x6 (G509) was produced during World War II, beginning in 1941. Early production used civilian instruments and other parts. The designation was changed to Model 968A when military standard instruments and components were substituted. It was produced with both the closed metal cab and, by 1943, open soft-top military cab. The final version was 968B. Its military role was as an artillery prime mover and for general cargo transport.

The Diamond-T Model 969 Wrecker was built on the same G-509 chassis. Diamond-T began building the 969 series in 1941. After less than two dozen were built using civilian components, the instruments and other parts were changed to military standard and the designation became 969A. Both closed metal cabs and open, soft-top cabs were built for the 969A. The soft-top cabs could be fitted with a machine gun ring mount. There was a 969B model for export, but these were not used by U.S. forces.

The Diamond-T 969A 4-ton, 6x6 Wrecker was powered by the 6 cylinder, 529 cu. in. Hercules RXC engine that developed 106 hp. mated to a five-speed manual transmission and two-speed transfer case. It was equipped with the Holmes W-45 heavy-duty military wrecker bed with its twin boom and two 5-ton winches at the front of the bed as well as a front-mounted winch. A variety of other recovery equipment was carried, along with its own air compressor.

The 970 dump truck was built on the standard G509 chassis. The spare tires were mounted between the cab and bed. The tailgate could be opened at the top or bottom. Originally the dump trucks were not fitted with front winches in order to reduce front axle loading. After a Corps of Engineers request, winches were fitted from June 1944 onwards. The trucks had air brakes and trailer brake controls. 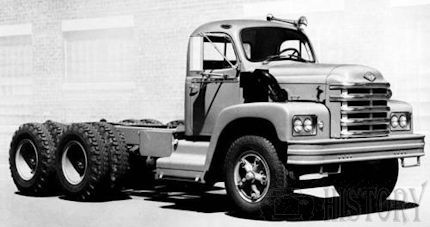