Later versions of the 2AZ-FE engine were upgraded with 9.8:1 compression ratio, a slightly more aggressive intake cam profile, 6500 rpm red line, and piston oil squirters. These later versions are rated at 161 hp (120 kW) in the Scion tC, 168 hp (125 kW) in the Rav4, and 158 hp (118 kW) in the Camry, Corolla XRS, and Scion xB. However, these latter 2AZ-FE models were the first to be rated under the new SAE J1349 standard. The new standard usually produces more conservative numbers, though no definitive comparison is available since the two versions were never tested by the same standard.The Rav 4 uses a different timing chain cover than the Camry, they can however be interchanged.

A TRD supercharger was available for the Scion tC until Spring 2009.

This engine is prone to "burning oil" issue starting after 45k miles, though mostly after 60k-75k miles. Toyota has even issued a TSB (Technical service bulletin) TSB #0094-11 in August 2011 but have refused to issue general recall. There are several class-action lawsuits underway regarding this widespread issue. In January 2015, Toyota caved in and issued extended warranty notification (ZE7) for this issue. However, Toyota still insists that burning 1 quart of oil every 1200 miles is "normal". 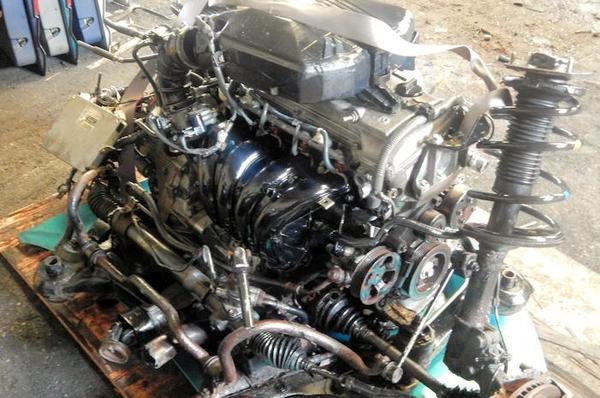 The 2AZ-FXE is an Atkinson cycle variant of the 2AZ-FE. It has the same bore and stroke, but the cams and pistons are unique. It has a physical compression ratio of 12.5:1.

The large valve overlap leads to a reduction in cylinder charge and reduced torque and power output, but efficiency is increased. This combination makes the 2AZ-FXE suitable for use only in hybrid vehicles, where peak torque and power demands can be met by the electric motor and battery. 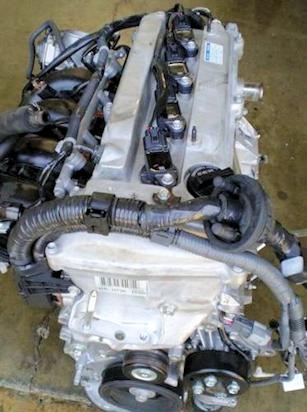