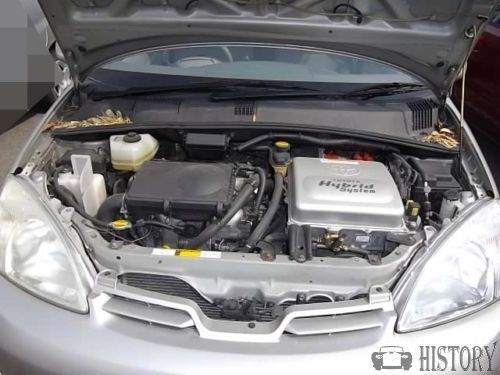 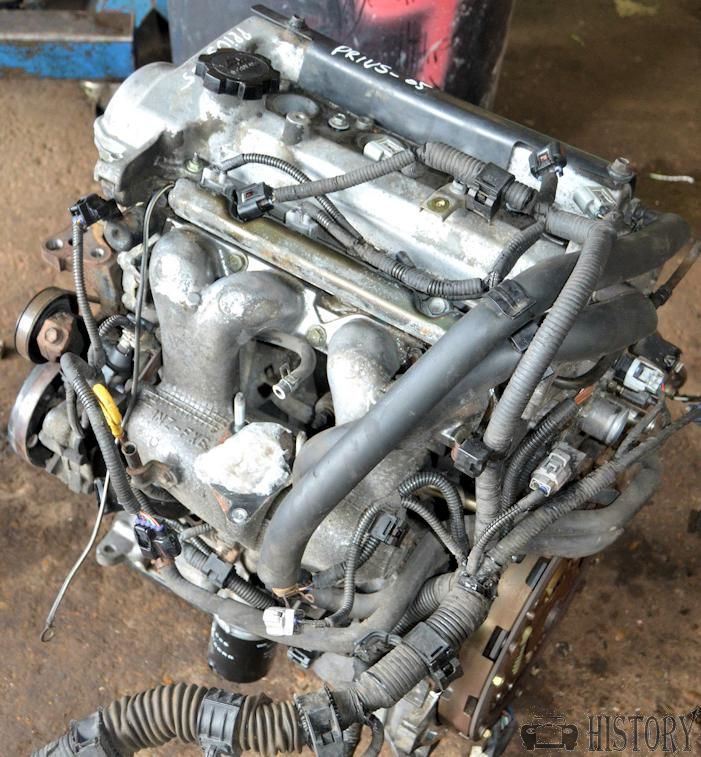 The 1NZ-FXE is the earliest 1.5 L (1497 cc) version built in Japan. Bore is 75 mm and stroke is 84.7 mm. It features forged steel connecting rods and an aluminum intake manifold. The engine has a high physical compression ratio of 13.0:1, but the closing of the inlet valve is delayed. The net result is that the engine has a greater effective expansion than compression—making it a simulated Atkinson cycle, rather than the conventional Otto cycle.

The reduction in cylinder charge means reduced torque and power output, but efficiency is increased. This combination makes the 1NZ-FXE suitable for use with the Hybrid Synergy Drive, where peak torque and power are of less importance. Output is 57 kW (76 hp) at 5000 rpm with 115 Nm (85 lb·ft) of torque at 4000 rpm. Production was stopped in 2009, at arrival of Prius III.

The 1NZ-FXE Hybrid Synergy Drive in the Toyota Prius has won several International Engine of the Year awards: 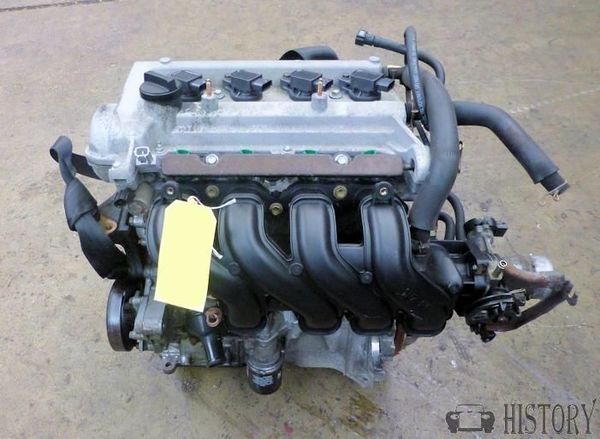 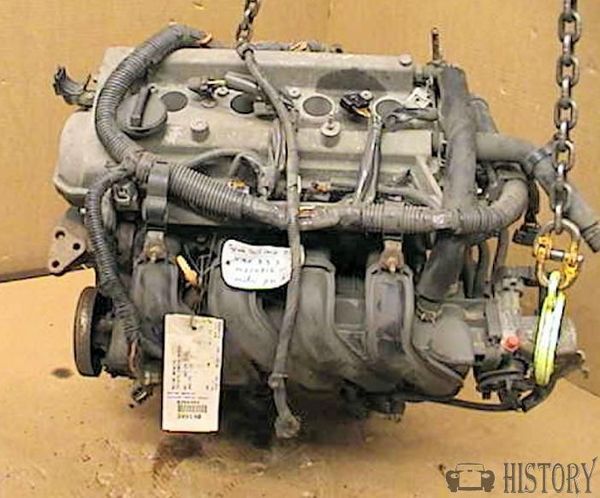 The Toyota 2NZ-FE 1.3 L engine was designed in 1999 with Otowa Yamaha as the head engineer of the project. Toyota introduced the VVT-i system on the 2NZ-FE to improve fuel efficiency and emissions. VVT-i is now a standard feature on all current Toyota engines, except on the Toyota/Daihatsu 1KR-DE found in the Toyota Agya/Daihatsu Ayla.