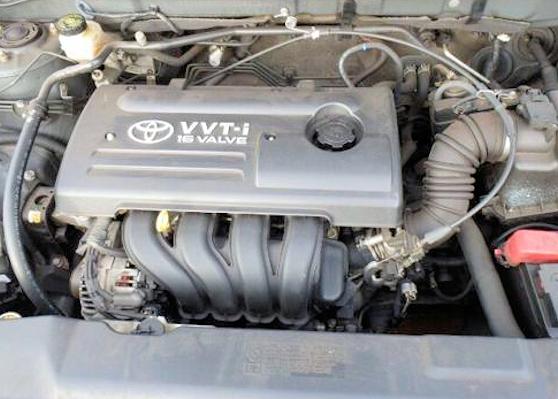 The Toyota ZZ engine family is a straight-4 piston engine series. The ZZ series uses a die-cast aluminum engine block with aluminum silicon cylinder liners, and aluminum DOHC 4-valve cylinder heads, a first for Toyota. The camshafts are chain-driven. The two 1.8 L members of the family, the 1ZZ and 2ZZ, use different bore and stroke. The former was optimized for economy and torque, while the latter is a "square" design optimized for high-RPM power. The ZZ family replaced the extremely popular cast-iron block 4A engines.

Toyota engine names are interpreted as follows. The leading number denotes the generation, and the next one or two letters, followed by a hyphen, specify the engine family. The remaining letters, following the hyphen, describe the engine's major features. For example, the 2ZZ-GE can be decoded as being the second generation of the ZZ engine series and features a performance-oriented cylinder head with widely-angled valves (G) and electronic fuel injection (E).

Toyota announced a voluntary recall of 2005 to 2008 Toyota Corollas and Matrixes equipped with 1ZZ-FE engines. The issue involves the engine control module, and includes the potential for it to develop a crack on the module's circuit board, which can result in the car not starting, the transmission shifting harshly, or the engine stalling. Additionally, Pontiac announced a voluntary recall of Pontiac Vibes from years 2005 to 2008 for the same issue. 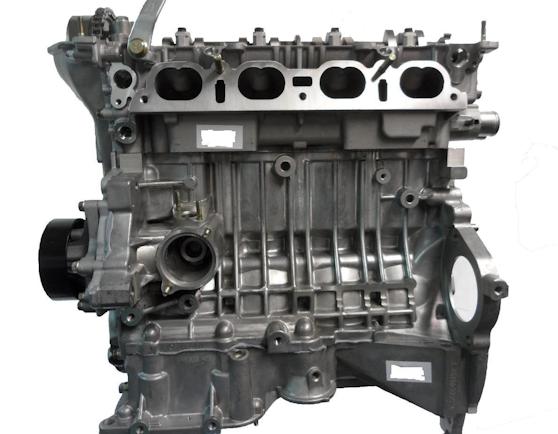 Special modified 1ZZ-FE that can run on E100 Ethanol.

The 2ZZ-GE is a 1.8 L (1796 cc or 109.6 in³) version built in Japan. Bore is 82 mm (3.23") and the stroke is 85 mm (3.35"). It uses MFI fuel injection, has VVTL-i, and features forged steel connecting rods. Compression ratio is 11.5:1, necessitating "premium" gasoline (91 octane or above in the (R+M)/2 scale used in North America). Power output for this engine varies depending on the vehicle and tuning, with the Celica GT-S, Corolla T-Sport,Lotus Elise and Lotus Exige offering 141 kW (189 hp) but the American versions of the 2003 Corolla, Matrix, and Pontiac Vibe versions only developing 180 hp with all later years offering anywhere from 173 hp in 2004 to 164 hp in 2006 due to a recurved powerband. The differing power figures from 2004 through 2006 are due to changes in dynamometer testing procedures. The Australian variant Corolla Sportivo has 141 kW@7600 and 181N·m torque. Due to noise regulations, Toyota recalled them for a flash of the PCM to up their output to classify them in the more lenient "sports car" noise category. The Corolla Compressor and Lotus Exige S add a supercharger with intercooler to achieve 225 hp (168 kW), while the Exige 240R's supercharger increases output to 240 hp (179 kW). The addition of a non-intercooled supercharger to the Elise SC produces 218 hp (163 kW) with a considerable weight saving. The supercharged engines are not labeled 2ZZ-GZE.

Unique to the ZZ family, the 2ZZ-GE utilizes a dual camshaft profile system (the "L" in VVTL-i, known by enthusiasts and engineers alike as "lift") to produce the added power without an increase in displacement or forced induction. The 2ZZ-GE was the first production engine to combine cam-phasing variable valve timing with dual-profile variable valve timing in the American market. The table below lists the specifications of the two camshaft profiles.

Excluding the 2003 MR2 and European Celicas with the 1ZZ engine, the 2ZZ engine is also the only model in the ZZ engine family to use a six-speed manual transmission, as well as the only one to have been available with a four-speed Tiptronic-style automatic. These gearboxes were unique to this engine; since then, only a few Toyota engines have been paired with either a six-speed manual or a Tiptronic-style automatic (and only one other engine, the 4GR-FSE, has received both.)

Toyota commissioned Yamaha to design the 2ZZ-GE, based on Toyota's ZZ block, for high-RPM operation and producing a power peak near the top of the RPM range. The high-output cam profile is not activated until approximately 6,200 rpm, (lift set-points are between 6,000-6,700 rpm depending on the vehicle) and will not engage until the engine has reached at least 60° celsius (140° fahrenheit.) The Toyota PCM electronically limits RPM to about 8200 RPM via fuel and/or spark cut. The "lift" engagement and the engine redline vary by application. Lotus 2ZZ-GEs are rev limited to 8500 RPM, for example, whereas Celicas were rev limited to 7900 to 8200 RPM in North America, depending on the model year. The first Japanese versions were rev limited to 8600 rpm with a peak of 190 hp. Consequently, it is impossible to "over-rev" the engine with the throttle alone; a downshift from a higher gear must be involved. A typical "over-rev" can damage the oil pump, commonly disintegrating the lobe ring, resulting in damage similar to the picture at right. The oil pump is the Achilles heel of the 2ZZ, though incidents are rare and usually occur due to fault of the driver. Even the briefest period of oil starvation is usually fatal to this engine design.

For the first few years of production, the engines were notorious for failing "lift bolts". This did not damage the engine, but would hamper performance as the high output cam profile was unable to properly engage. Toyota fixed the problem in late 2002 with a redesigned bolt that was installed on later engines. Earlier engines with the problematic bolts can be fixed via a Toyota-issued TSB simply requiring the new bolt to be installed in place of the old one.

The 2004 and newer Matrix and Corolla XRS models were equipped with smog pumps and have an extra hole above each exhaust port in the engine head and manifold where air is injected to achieve complete fuel burning before the exhaust stream reaches the catalyst. All 2ZZ-GE heads from 03/03 onwards carry this modification even if the vehicle does not have the air injection system.