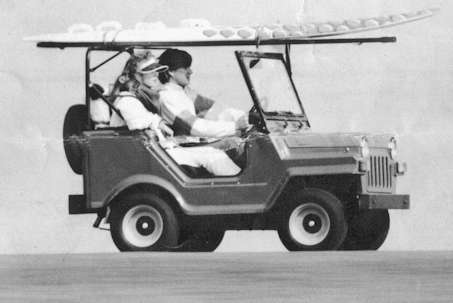 Marcel Oswald presented the public in 1984 a successor to the 1980 Lawil S3 ; an almost identical buggy with the name Diavolino which should target the younger generation. Only the front was revised, which now resembles the current jeep country vehicles.

Production and assembly of the body parts took over the Romay AG in Oberkulm / Aargau . Sales were handled by ZBR Automobile AG . As an engine, the obsolete engines of the Lawil S3 were taken. In addition to the revision of the front also contributed to the rapid success of the new model, that the vehicle was allowed to be driven in Switzerland from the age of 16 years. The basic price of the Diavolino was 7380  SFr . With the rapid success, the company looked to overseas markets and hoped there, the necessary sales. Accordingly, BAROQ SA was founded with a workforce of ten. But because of the US Current standards had to be used for the officially smallest convertible in the world new engines. Finally, four-stroke gasoline engines were used.

In 1986, the financial situation of the companies deteriorated due to the collapsing sales figures. In the same year the production of Diavolino was abandoned.