The first generation Leone was released on October 7, 1971 as a front-wheel drive coupé, with trim levels DL, GL and GSR. April 1972 saw the introduction of the two and four-door sedans with trim levels DL, GL and in Japan, the Super Touring. In September 1972 the four-wheel drive (4WD) station wagon was released, however it did not appear in the United States until 1974 as a 1975 model. Up until this time four-wheel drive had been limited mainly to off-road vehicles, although the very expensive Jensen FF had been built in limited numbers. Subaru broke this pattern by introducing a mass-produced four-wheel drive passenger car, after having tested the waters by building a limited series of four-wheel drive FF-1 1300G wagons in 1971. Four-wheel drive was easily Subaru's most notable feature during the 1970s and 1980s, leading to particularly strong sales in places like Switzerland and Colorado. The Leone competed with the Toyota Corolla, Nissan Sunny, Honda Civic, and the Mitsubishi Lancer. The Leone introduced a long established Subaru tradition of frameless side windows for all models.

In August 1968, Subaru entered into an alliance with Nissan Motors. The appearance of the new Leone was influenced by the design efforts from Nissan, most notably the long hood and short trunk appearance that Nissan was using at that time for their own products. The 1400 RX coupé was one of the first Japanese automobiles to be equipped with four-wheel disc brakes. The two-door hardtop (with different bodywork than the two-door sedan or two-door coupé) was introduced in June 1973 and a 4WD sedan in 1975. 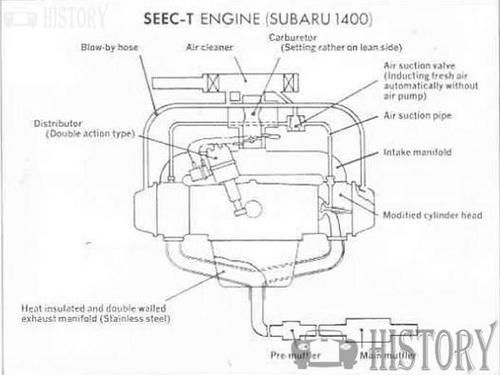 The Leone was originally equipped with a 1.2 or a 1.4 litre flat-4, carbureted, OHV engine. In September 1975, as a response to tightening emissions regulations, the 1.2 was removed from the sedan lineup (although it continued to be available as a Van/Wagon version in the Japanese domestic market at least). To be able to offer as much power as the pre-smog 1.4, a bigger 1.6 litre version was added for 1976. The Leone was available with a four-speed manual transmission, a five-speed manual transmission, and also a three-speed automatic transmission beginning in 1975. Some early models had duo-servo drum brakes at the front, however, later models were equipped with disc brakes. All models originally had rear drum brakes except the RX coupés. Unusually, the handbrake or emergency brake operated on the front wheels.

The Leone was first introduced to the United States of America in 1972 and 1973 in Australia and New Zealand, with cars imported fully assembled from Japan. In 1976 the EA63 engine was replaced with the EA71 engine. The EA71 engine was originally installed in cars equipped with automatic transmission but eventually supplanted the EA63 across the entire range of vehicles in the USA and Australia.

In April 1977 an updated Leone range was released. All body panels were altered slightly and the overall look was 'smoother' and more contemporary in appearance. A completely new dashboard with altered interior were also part of the update. Despite these changes the overall effect was similar to the earlier version and mechanically identical, with the exception of the rear track which was widened by 40mm.

This model line was assembled from CKD kits in New Zealand by importer Motor Holdings' Waitara plant near New Plymouth.

Late in 1977 saw the introduction of the Subaru BRAT as a 1978 model. This was a two-seater with a pickup truck bed based on the Leone platform. The original brat was updated in 1981 with a dual-range 4WD transmission and 1.8 L EA81 engine. This was sold alongside the second generation Leone introduced in 1979 until 1982. 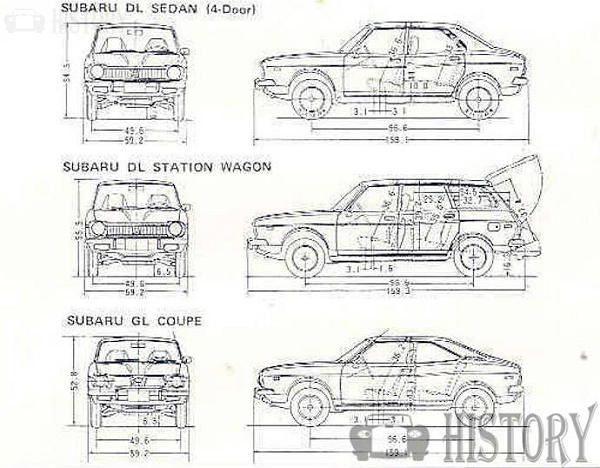