Based on the third generation Legacy, the Outback became its own model and the Legacy SUS remained unique to North America, and was realigned with the Outback Limited package, offering the sedan, with an optional horizontal six-cylinder engine, also optional on the wagon. This bodystyle was introduced to Japan September 1998, and was called the Lancaster for the second generation, with the six-cylinder in Japan called the Lancaster 6. The name Lancaster is used for cities in England, Australia, Canada and the United States. The USA-spec Outback was available starting in 2000. The Outback saw a competitor from Nissan in Japan only called the Nissan Avenir Blaster with a similar appearance to the Outback starting October 17, 2000.

The rear seat on the Outback sedan does not fold down, unlike previous generations where the rear seat had a 60:40 folding seat for extended length items. Rear headrests are now included as standard equipment on all trim levels. The ground clearance is 7.3 in (190 mm). The engine now meets California's LEV emission standard.

The Outback came standard with a 165 hp (123 kW) by SAE, 4-cylinder boxer engine, four-cylinder SOHC design with a maximum torque of (166 lb·ft (225 N·m)) that was available at a lower RPM compared to the previous generation. The 2.5 L SOHC four-cylinder engine uses a timing belt that must be replaced around 100,000 miles (160,000 km), whereas the 3.0 L six-cylinder engine uses a timing chain that doesn't require replacement under normal conditions.

The base model six-cylinder was offered as the H6-3.0 — its interior, and available options, were identical to those of the Outback "Limited", with the exception of manual transmission, which did not physically fit with the larger powerplant. Badging for all 6-cylinder Outbacks was located on the front grille as well as on the rear of the vehicle.

In a higher trim level, known as the Outback L.L. Bean in the USA, a 200 Watt McIntosh stereo system was standard from 2001 to 2003. These were some of the only vehicles ever factory-equipped with McIntosh stereo equipment. Options also included an in-dash six-disc CD changer, VDC (for Vehicle Dynamics Control), and dual moonroofs. OnStar was available as an option on the USA-spec L.L. Bean. In-dash satellite navigation was offered on Japan-spec vehicles on upper trim level wagons starting with Model Year 1998, and continued to offer a Momo black leather steering wheel with genuine wood inlay, gearshift knob and parking brake handle. Plaid upholstery was still offered on Japan-spec Lancasters. 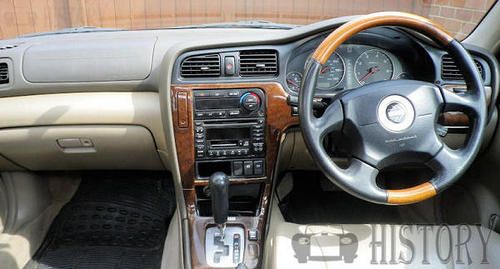 The six-cylinder was also available as the VDC, with Subaru's VDC (Vehicle Dynamics Control) system, which integrated stability control with traction control. The system was also mated to a previously used Japanese-market AWD system, called VTD, in which power was split 45/55 front-to-rear in normal conditions. When wheel spin is detected, the system cuts power to the spinning wheel and directs power to those that aren't. Only when necessary do the brakes slow the affected wheels, when the vehicle detects excessive oversteer or understeer. This package had more sound insulation than other trims, as well as those features found on the L.L. Bean, such as McIntosh stereo, OnStar, and leather interior. Its curb weight was just slightly higher than that of the standard L.L. Bean trim, and while the VDC badging was placed on the front quarter panels only, the H6-3.0 and Outback markings were also applied as usual.

Australian-specification vehicles differ from cars delivered in the United States by following the Japanese models; primarily headlights, side indicators (on front quarter panels), rear tail lights, front and rear bumpers and a higher placing of the "Outback" badging on the front door bodywork (as opposed to being placed on the plastic cladding).

This generation of Outback was released in an early style with gold coloured cladding, all-in-one headlights (not dissimilar to the US model headlights) and internally a light gray cloth (sometimes speckled with various colours), a light brown wood textured dashboard and a plain instrument cluster. A nudge bar (a smaller style of bullbar or roobar) was also available as an aftermarket option. The later style (2002–2004) was updated with silver cladding, an updated range of paint colours, multi-unit headlights (where headlight and indicators were in different sections of the unit) and internally a dark gray/black cloth, dark gray plastics, a very dark brown faint wood texture and metal trims on the dials of the instrument cluster.

Models available included the base "Outback", the "Outback Limited" which added a sunroof and cloth/leather seats and the "Outback H6" which included the 6-cylinder engine with VDC as described in this article. The H6 was released with slightly different 16" wheels and available in a single metallic pearl off-white colour instead of the usual colour with gold or silver cladding. The H6 was only available in automatic, apparently due to the size of the 6-cylinder engine taking up too much space to fit the manual box and associated dual range mechanicals. 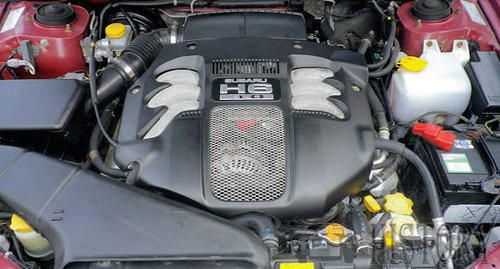 The Lancaster (as known in Japan) was released originally in September 1998 following the original release of the third-generation Legacy in May 1998. The Lancaster models were available originally in 2.5L engine size with the E-4AT transmission or 5-Speed Manual. In May 2000, Subaru released the Lancaster 6, featuring Subaru's reborn Flat-6 engine. This was in production from April 2000 to May 2001 when Subaru released the facelifted Legacy models included a revised Lancaster design. These changes were seen on 'Outbacks' produced in Japan, US built Outbacks did not use the facelifted design released by Subaru Japan.

The Lancaster ADA (Active Driving Assist) was introduced in September 1999. The system featured two CCD mounted cameras either side of the rear-view mirror. The system was installed on 2.5L models with VDC and then later in 2000 on the newer Lancaster 6 VDC models.

While Subaru's newly marketed EyeSight system (essentially ADA) found in the 5th generation Legacy & Outback draws media attention for 'new advanced technology', the ADA system was actually a system developed back in the late 90's along with the development of the 3rd Generation Legacy and is no means 'new technology' as such, but more a 'newly recongised' system for a more safety-conscious global market. 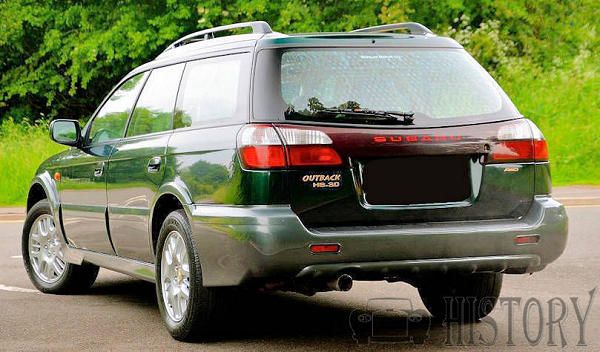