Hispano-Suiza (literally: "Spanish-Swiss") was a Spanish automotive and engineering firm, best known for its luxury cars and aviation engines pre-World War II. In 1923 its French subsidiary became a semi-autonomous partnership with the parent company. In 1968, the French arm was taken over by the aerospace company Snecma, now a part of the French SAFRAN Group. The Spanish parent sold all its automotive assets to Enasa in 1946.

Hispano-Suiza designed the first 4 cylinder 16 valve engine and the car considered to have been the first sports car, the Hispano Suiza 45 Cr.

In 1898 a Spanish artillery captain, Emilio de la Cuadra, started electric automobile production in Barcelona under the name of La Cuadra. In Paris, De la Cuadra met the Swiss engineer Marc Birkigt (1878–1953) and hired him to work for the company in Spain. La Cuadra built their first gasoline-powered engines from a Birkigt design. At some point in 1902, the ownership changed hands to J. Castro and became Fábrica Hispano-Suiza de Automóviles (Spanish-Swiss Automobile Factory) but this company went bankrupt in December 1903.

Yet another restructuring took place in 1904, creating La Hispano-Suiza Fábrica de Automóviles, under Castro's direction, also based in Barcelona. Four new engines were introduced in the next year and a half; a 3.8-litre and 7.4-litre four-cylinder and a pair of big six-cylinder engines were produced. This company managed to avoid bankruptcy and its largest operations remained in Barcelona until 1946, where cars, trucks, buses, aero engines and weapons were produced. Other factories in Spain were at Ripoll and Guadalajara.

France was soon proving to be a larger market for Hispano's luxury cars than Spain. In 1911, an assembly factory called Hispano France began operating in the Paris suburb of Levallois-Perret. Production was moved to larger factories at Bois-Colombes, under the name Hispano-Suiza in 1914. 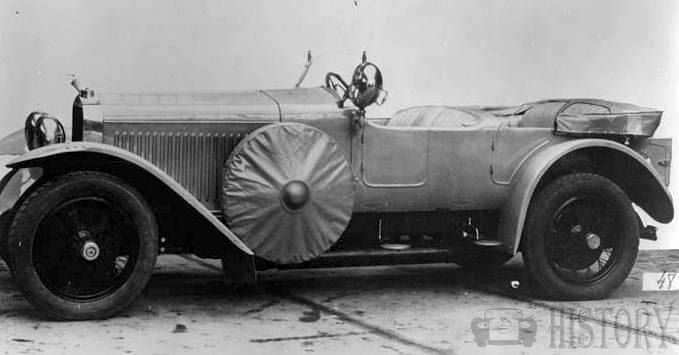 With the start of World War I, Hispano-Suiza turned to the design and production of aircraft engines under the direction of Marc Birkigt. His chief engineer during this period was another Swiss, Louis Massuger. Birkigt's solution to building aero engines was ahead of its time. Traditionally, aircraft engines were manufactured by machining separate steel cylinders and then bolting these assemblies directly to the crankcase. Birkigt's novel solution called for the engine block to be formed from a single piece of cast aluminum, and into which thin steel liners were secured. Manufacturing an engine in this way simplified construction and resulted in a lighter, yet stronger more durable engine. Thus, Birkigt's new construction method created the first practical, and what are commonly known today as, "cast block" engines. His aluminum cast block V-8 design was also noteworthy for incorporating overhead camshafts, propeller reduction gearing and other desirable features that would not appear together on competitor's engines until the late 1920s. Another major design feature was the use of a hollow propeller shaft to allow projectile firing through the (reduction geared only) propeller spinner, avoiding the need for a synchronization gear, a feature used in future Hispano-Suiza military engines. Hispano-Suiza's aero engines, produced at its own factories and under license, became the most commonly used aero engines in the French and British air forces, powering over half the alliance's fighter aircraft.

After World War I, Hispano-Suiza returned to automobile manufacturing and in 1919 they introduced the Hispano-Suiza H6. The H6 featured an inline 6-cylinder overhead camshaft engine based on the features of its V8 aluminum World War I aircraft engines and a body design by the American coach designers Hibbard & Darrin.

In 1923 the French arm of Hispano-Suiza was incorporated as the Société Française Hispano-Suiza, the Spanish parent company subscribing to 71% of the share capital. The French subsidiary was granted a large degree of financial and project independence but the technical co-operation between the Spanish and French arms of the company was always closely maintained. Luxury car production was increasingly concentrated in France while the Spanish operations moved into the production of commercial vehicles.

The mascot statuette atop the radiator after World War I was the stork, the symbol of the French province of Alsace, taken from the squadron emblem painted on the side of a Hispano-Suiza powered fighter aircraft that had been flown by the World War I French ace Georges Guynemer.

A fictional example of a Hispano-Suiza appears in the P.G. Wodehouse "Blandings Castle" stories; the family drove or rather were driven in a Hispano-Suiza (H6), rather than, say, a Rolls-Royce. Also in the Agatha Christie novel The Seven Dials Mystery the main character, Lady Eileen "Bundle" Brent, drives herself about in her "Hispano". In Kerry Greenwood's detective series set in 1928 Melbourne, the main character Phryne Fisher has a large red open-top Hispano-Suiza. In Evelyn Waugh's Decline and Fall Margot Beste-Chetwynde has at least two, as her 'second best Hispano Suiza' collects Paul Pennyfeather before his wedding. A yellow open Hispano-Suiza plays a central role in Michael Arlen's The Green Hat. A common misconception is that the leopard-skin upholstered vehicle belonging to the demented actress Norma Desmond, which features prominently in the 1951 Billy Wilder classic "Sunset Boulevard," is also a Hispano-Suiza; in fact, the pivotal vehicle in the Wilder film is an Isotta Fraschini.

In 1936, the French arm of Hispano-Suiza was told to stop production of cars and turn solely to aircraft engines once again. At the time they had just introduced a new series of water-cooled V-12 engines and the Hispano-Suiza 12Y was in huge demand for practically every French aircraft. However Hispano was never able to deliver enough of these engines, and many French fighters sat on the ground complete but for the engine. Meanwhile, the Republic of Spain conscripted Hispano-Suiza's Spanish operations into war production of trucks, armoured vehicles and weapons for the civil war of 1936-1939. After the war, the company was severely affected by the devastated state of the Spanish economy and the trade embargoes imposed by the victorious allies. In 1946, Hispano-Suiza sold off its automotive assets to ENASA, the maker of Pegaso trucks.

A development of the era were a series of 20 mm autocannon, first the Hispano-Suiza HS.9, followed by the Hispano-Suiza HS.404. The 404 was licensed for production in Britain and equipped almost all RAF fighter aircraft during the war. Production was also set up in the US, but these versions never matured even though the USAAC and US Navy both wanted to use it in place of their existing .50 BMG weapons. A lesser-known success was the Hispano-Suiza HS.820, a higher performance 20 mm design that was also used in the US as the M139. A variation of the 20 mm guns used on the Lockheed P-38 Lightning aircraft were produced by International Harvester. In 1970 Hispano-Suiza sold their armaments division to Oerlikon, the HS.820 becoming the KAD.

After the Second World War the French arm of Hispano-Suiza continued primarily as an aerospace firm. Between 1945 and 1955, building the Rolls-Royce Nene under licence, designing landing gear in 1950 and Martin-Baker ejection seats in 1955. The company's attention turned increasingly to turbine manufacturing and, in 1968, it was taken over and became a division of SNECMA. In 1999 Hispano-Suiza moved its turbine operations to a new factory in Bezons, outside Paris, using the original factories for power transmissions and accessory systems for jet engines. In 2005 SNECMA merged with SAGEM to form SAFRAN.

The marque may be seeing a revival in the automotive sector with the showing of a model at the 2010 Geneva Motor Show . 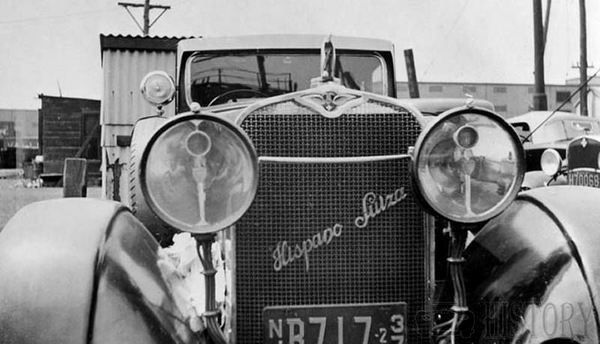