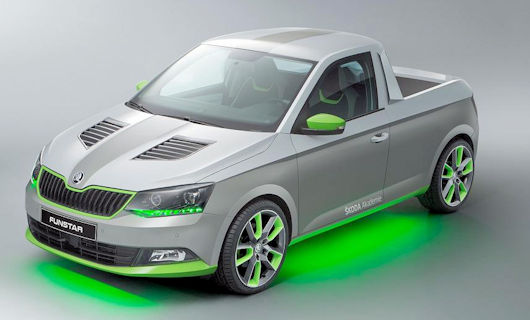 The Funstar (stylised as FUNStar) is a pick-up concept car based on the Mk3 Fabia. It was designed by Škoda Auto University students as a throwback to the Felicia Fun, a compact pick-up car produced during the 1990s. It was shown at the annual 2015 Worthersee GTI fan meeting.

The exterior received a unique paint with a colour scheme of white and green make-up, complemented with green day-running lights, 18-inch wheels from the Octavia RS and bonnet vents. The sporty themed interior features a sports steering wheel and seats, and uprated 1400W sound system with a 200W subwoofer.

The pick-up bed required the removal of the C-pillars, necessitating wider B-pillars and stiffened side panels to retain structural strength. The Funstar is powered by a 1,2 litre TSI petrol engine, paired with a 7-speed dual-clutch DSG transmission. A 1,8 litre engine was originally planned for use but could not be implemented due to its size. 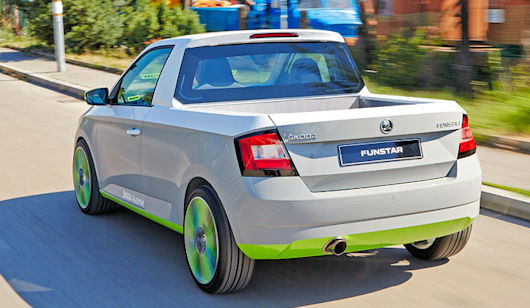