The Škoda 1202 was a family car produced as a station wagon, light panel van and pick-up (Utility) by Czechoslovakian automaker AZNP at their subsidiary plant in Vrchlabí. The station wagon had an unusual "asymmetric" body with one door on the driver's side and two doors on the passenger side. A saloon (sedan) version was never produced. It was introduced in 1961 as a successor to the station wagon and pick-up versions of the Škoda 1201 and closely resembled the slightly smaller Octavia Combi.

The car was powered by a 1221 cc four-cylinder ohv water-cooled engine delivering 34.5 kW (47 PS) of output, inherited from its predecessor, and which later also found its way into the company’s Octavia model. The four-speed gear-box included synchromesh on the top three ratios, power being delivered to the rear wheels via a jointed prop shaft. A top speed of 100 km/h (63 mph) was quoted. 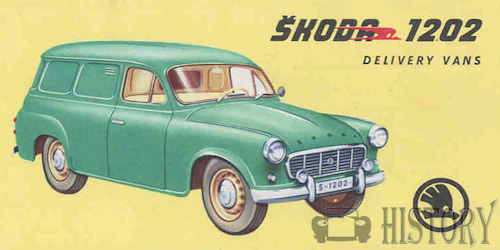 Although volumes were never high, the model remained in production until 1973. More modern models Škoda 1000 MB and Škoda 100, produced in main plant in Mladá Boleslav, featured rear engine configuration, which was not suitable for station wagon and van bodies.

It was exported to Soviet Union and was the only privately-owned foreign car there until 1990. 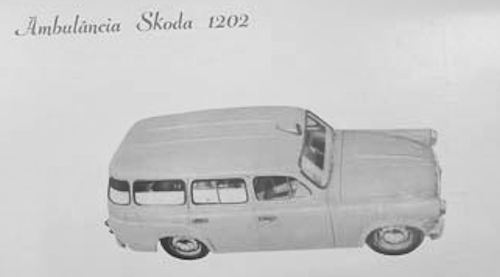