The fifth-generation (Type 6F) Seat Ibiza was unveiled in Barcelona on January 31, 2017 and celebrated its world premiere at the 87th Geneva Motor Show .

As the first vehicle in the Volkswagen Group, the Ibiza is based on the new MQB-A0 platform , on which further models from Seat, Volkswagen, Audi and Škoda Auto will be built in the future. At the market launch on 10 June 2017, the Ibiza was offered exclusively as a five-door. The station wagon ST will be replaced by a separate model. With a width of 8.7 cm and a wheelbase extended by 9.5 cm , the five-door model offers more space than its predecessor. The equipment variants of the predecessor have been supplemented by the line XCellence , which represents parallel to the sporting variant FR, the top equipment. For diesel engines, only versions with SCR storage technology (urea injection) are available. 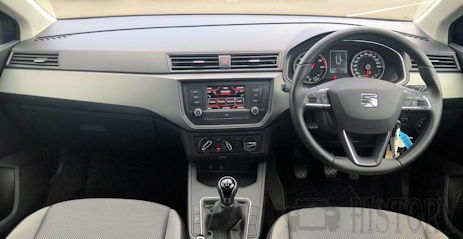 The SEAT Ibiza V conducted crash tests of EuroNCAP in 2017, and achieved an overall rating of 5 stars 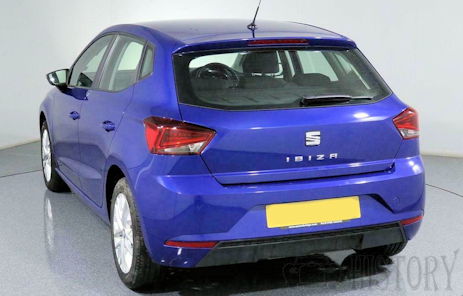