The third generation of the Seat Ibiza (6L), released in November 2001 for model year 2002, is based on the platform PQ24 / A04 of the parent company Volkswagen like the Polo 9N and the Škoda Fabia I , but is a little bigger and more sportive. The Fabia came on the market in front of the Polo 9N; its platform was designed by Škoda as a "development service provider" for Volkswagen. The Ibiza is available as well as the Polo as a three- and five-door, the Škoda Fabia only as a five-door.

In June 2006, the Ibiza received a facelift, including the front bumper with separate air intakes and slightly darker taillights. It grew in size and equipment options compared to the previous model, and was slightly redesigned in 2006.

The sport versions Cupra and FR were created on this generation, both in TDI and gasoline versions, which in some markets were the most demanded Ibiza despite its higher price. Between 2002 and 2007, 1,084,989 units of the SEAT Ibiza III had been sold.

The SEAT Ibiza III conducted crash tests of EuroNCAP in 2002 and achieved an overall rating of 4 stars: 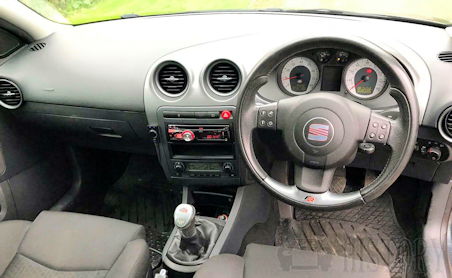 The Ibiza FR ( F ormula R acing), the successor of the initially available Ibiza Sport combines sporty components and more powerful motorization with comfort features. Together with the model Stylance , the FR offers the most special equipment for the Ibiza.

Cupra stands for Cup Racing and, since the guy was introduced in the second (6K) generation of the Seat Ibiza, designates the sportiest models in Seat production. From the Cupra (Type 6K) there was a special edition Competition Rally Cup, a small series of 30 pieces, which were built for the purpose of hosting the Seat Ibiza Rally Cup (Seat / Sport Erwin Weber GmbH). Currently only from the Seat Leonand Seat Ibiza Cupra models available, in the GP 01 there was also a Cordoba Cupra, of which, however, only small quantities were produced. They are characterized by more aggressive styling, stronger engines and sporty-comfortable equipment. The standard equipment of the Cupra models exceeds that of the FR variants. The most powerful engines available for the Seat Ibiza Cupra deliver 118 kW / 160 hp (diesel) and 132 kW / 180 hp (gasoline engine). 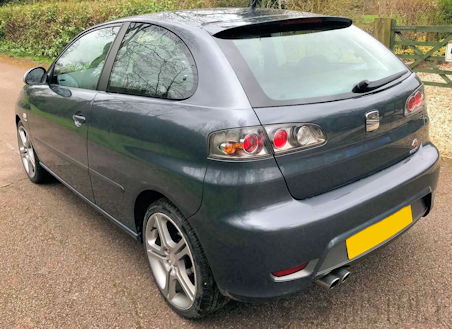