The Rolls-Royce Silver Ghost refers both to a car model and to one specific car from that series.

Originally named the "40/50 h.p." the chassis was first made at Royce's Manchester works, with production moving to Derby in July 1908, and also, between 1921 and 1926, in Springfield, Massachusetts. Chassis no. 60551, registered AX 201, was the car that was originally given the name "Silver Ghost." Other 40/50 hp cars were also given names, but the Silver Ghost title was taken up by the press, and soon all 40/50s were called by the name, a fact not officially recognised by Rolls-Royce until 1925, when the Phantom range was launched. 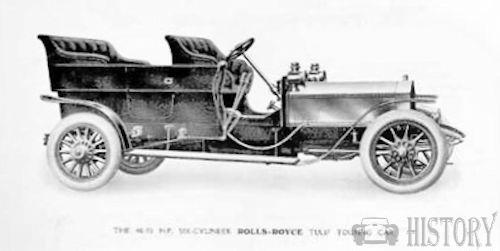 The Silver Ghost was the origin of Rolls-Royce's claim of making the "Best car in the world" – a phrase coined not by themselves, but by the prestigious publication Autocar in 1907.

The chassis and engine were also used as the basis of a range of Rolls-Royce Armoured Cars.

In 1906, Rolls-Royce produced four chassis to be shown at the Olympia car show, two existing models, a four-cylinder 20 hp and a six-cylinder 30 hp, and two examples of a new car designated the 40/50 hp. The 40/50 hp was so new that the show cars were not fully finished, and examples were not provided to the press for testing until March 1907. 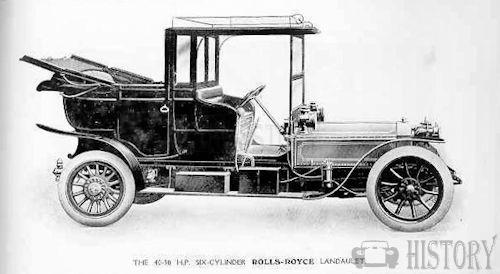 The car at first had a new side-valve, six-cylinder, 7036 cc engine (7428 cc from 1910) with the cylinders cast in two units of three cylinders each as opposed to the triple two-cylinder units on the earlier six. A three-speed transmission was fitted at first with four-speed units used from 1913. The seven-bearing crankshaft had full pressure lubrication, and the centre main bearing was made especially large to remove vibration, essentially splitting the engine into two three-cylinder units. Two spark plugs were fitted to each cylinder with, from 1921, a choice of magneto or coil ignition. The earliest cars had used a trembler coil to produce the spark with a magneto as an optional extra which soon became standard - the instruction was to start the engine on the trembler/battery and then switch to magneto. Continuous development allowed power output to be increased from 48 bhp (36 kW) at 1,250 rpm to 80 bhp (60 kW) at 2,250 rpm. Electric lighting became an option in 1914 and was standardised in 1919. Electric starting was fitted from 1919 along with electric lights to replace the older ones that used acetylene or oil. 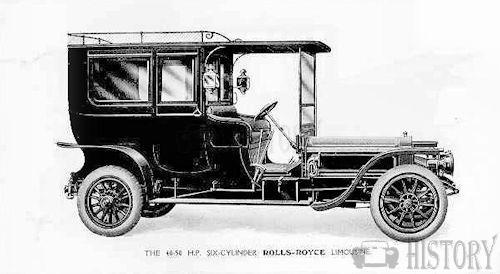 Development of the Silver Ghost was suspended during World War I, although the chassis and engine were supplied for use in Rolls-Royce Armoured Cars. 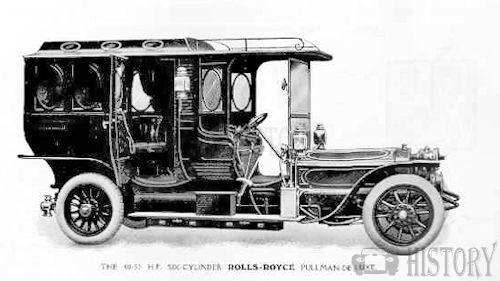 The chassis had rigid front and rear axles and leaf springs all round. Early cars only had brakes on the rear wheels operated by a hand lever, with a pedal-operated transmission brake acting on the propeller shaft. The footbrake system moved to drums on the rear axle in 1913. Four-wheel servo-assisted brakes became optional in 1923. 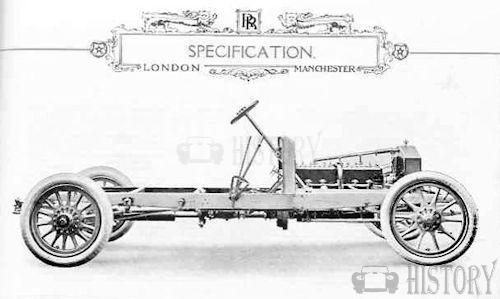 Despite these improvements the performance of the Silver Ghost's competitors had improved to the extent that its previous superiority had been eroded by the early 1920s. Sales declined from 742 in 1913 to 430 in 1922. The company decided to launch its replacement which was introduced in 1925 as the New Phantom. After this, older 40/50 models were called Silver Ghosts to avoid confusion.

A total of 7874 Silver Ghost cars were produced from 1907 to 1926, including 1701 from the American Springfield factory. Many of them still run today. A fine example is on display at the National Motor Museum, Beaulieu.

A 40/50 was privately entered in the prestigious 1912 Austrian Alpine Trial by James Radley, but its 3-speed gearbox proved inadequate for the ascent of the Katschberg Pass. A factory team of four cars were prepared for the 1913 event with four-speed gearboxes, and engine power increased from 60 to 75 bhp (56 kW) by an increase in compression ratio and larger carburettor. The team gained six awards including the Archduke Leopold Cup. Replicas of the victorious cars were put into production and sold officially as Continental models, but they were called Alpine Eagles by chief test driver (and later Rolls-Royce Managing Director) Ernest Hives, and this is the name that they have kept.

In 1907. Claude Johnson, Commercial and Managing Director of Rolls-Royce, ordered a car to be used as a demonstrator by the company. With chassis no. 60551 and registered AX 201, it was the 12th 40/50 hp to be made, and was painted in aluminium paint with silver-plated fittings. The car was named the "Silver Ghost" to emphasise its ghost-like quietness, and a plaque bearing this name adorned the bulkhead. An open-top Roi-des-Belges body by coachbuilder Barker was fitted, and the car readied for the Scottish reliability trials of 1907 and, immediately afterwards, another 15,000-mile (24,000 km) test which included driving between London and Glasgow 27 times.

The aim was to raise public awareness of the new company and to show the reliability and quietness of their new car. This was a risky idea: cars of this time were notoriously unreliable, and roads of the day could be horrendous. Nevertheless, the car set off on trials, and with press aboard, broke record upon record. Even after 7,000 miles (11,000 km), the cost to service the car was a negligible £2 2s 7d (£2.13). The reputation of the 40/50, and Rolls-Royce, was established.

AX201 was sold in 1908 to a private customer who used it for his annual vacation to Italy and recovered by the company in 1948. Since then, it has been used as a publicity car and travelled worldwide. In 1989, the car was restored by SC Gordon Coachbuilders Luton, and P&A Wood, London, UK. It is now owned by Bentley Motors.

In 1984, the car was photographed in great detail whilst in storage in Luton by precision model makers Franklin Mint. This die-cast model went on to become one of their best-selling products.

The Silver Ghost is considered the most valuable car in the world; in 2005 its insured value was placed at US$35 million. Today it is valued at US$200 million 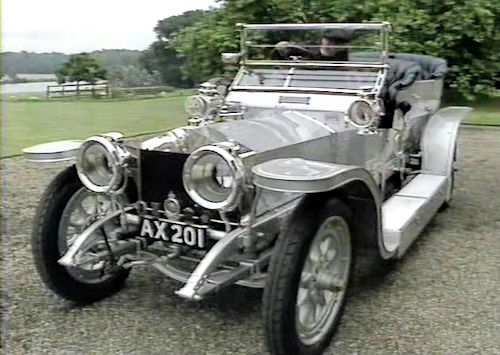