The Riley 4/68 and 4/72 are cars produced by BMC from 1959 through the 1960s. They are related to the Pinin Farina-designed Austin A55 Cambridge, MG Magnette Mk. III, Morris Oxford V, and Wolseley 15/60, sharing the MG's rear styling and engine (with a milder cam).

Just before the 1961 Motor Show, in October, the car became the 4/Seventy-Two. Closely related again was the 16/60 update to the Wolseley car. The engine was now 1.6 L (1622 cc), and Riley again got the twin-carb version with 68 hp (51 kW). It also used an improved suspension with anti-roll bars. The wheelbase was 1 in (25.4 mm) longer, through the moving of the back axle rearwards, and the front track was increased by 2 inches (5 cm)These modifications to the wheel locations were made at the same time to all the BMC Farina saloons, and were seen as an answer to criticism of the indifferent road holding of the 1959 cars. 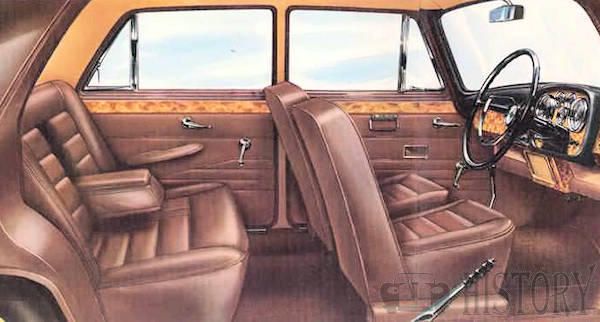 Borg Warner automatic transmission became an option in the Riley at the same time, making the Riley the first mass-produced car in Europe to adopt the Borg-Warner 35 system following Borg-Warner's establishment of a plant at Letchworth to produce a transmission package that ten years earlier had been developed for US applications.

Further modifications to the suspension a year later included 'recambering the rear springs' to improve ride and roadholding, but from the outside there was little to distinguish the later Rileys from the models as they had appeared in 1959, and the car continued very little changed until its withdrawal in 1969.

The 4/72's main competitor, appearing in 1963,was the Humber Sceptre from the Rootes Group - with an 85 hp engine, 4 speed manual or 3 speed automatic (post 1965) and a more modern interior it thoroughly trounced the 4/72 in reviews of the period. 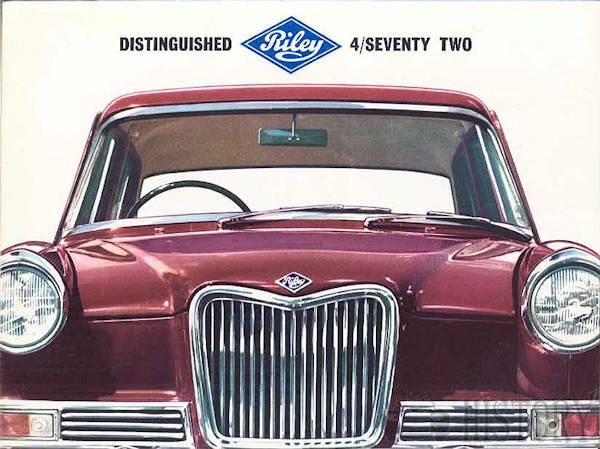