The GTE MK1 wasfirst built At the end of production of the MK1 was introduced At the beginning of 1983.When the UK branch of the global GM introduced the Vauxhall Astra, it was accompanied by a fanfare of publicity hailing it as the aerodynamic speedster to kill the Golf GTI That it never succeeded in it's 1.8 SOHC form.With a transverse engine and front-wheel drive. 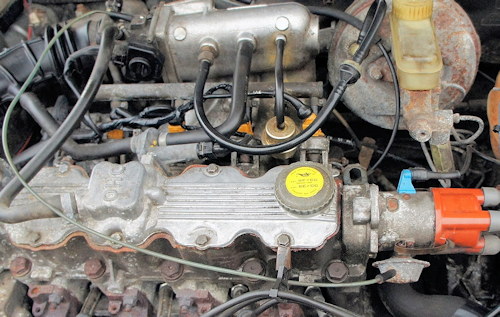 This version of the Vauxhall Astra and Opel Kadett was an alternative Hot Hatch to the VW Golf GTI and Ford Escort XR3 from the time. Externally,the GTE variant differed from the normal Astra and Kadett and even the SR version, with body-colored extensions, side skirts, front spoiler and exterior mirrors, a black film around the rear window with GTE logo and the silver-colored light-alloy wheels that appeared a year earlier on the Kadett GSE.

The GTE was only produced for a little over a year. Approximately 36,300 units were produced at the Bochum plant and at the Antwerp plant (Belgium), around two-thirds of them as left-hand drive Kadett versions.

The interior of the GTE was equipped with more sportier equipment seats from Recaro in gray velor, With the GTE logos a sports steering wheel with a GTE emblem on the horn button.Fitted with additional displays in the instrument cluster. Furthermore, a speedometer with a scale of up to 220 km/h for the Kadettand  140 speedometer for the Astra was reserved exclusively for the GTE. On all other models, the speedometer scale went up to 200 km/h. (130 mph). 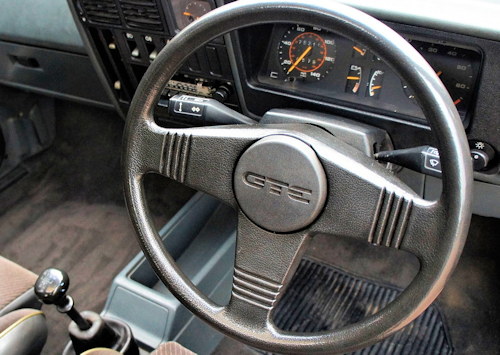 The GTE also came fitted with a steering damper, a shift damper on the gearbox, a lowered body, gas pressure dampers and ventilated front disc brakes.Like the SR models, it was also offered with three and five doors.you could only choose between the more sportier colors of polar white, crimson, silver and black and red. With white paintwork, the bumpers and bumper corners are completely primed and painted in the color of the vehicle.When painted white, the light-alloy wheels are also painted in the same color as the vehicle. All other GTE models had black bumpers and silver alloy wheels.

Due to its susceptibility to rust and the tuning performance times of the 1980s and 1990s, the MK1 GTE is very rarely found in good and original condition today.
Well-preserved GTEs with a good condition grade such as this in the video are extremely and rarely offered and traded far more highly than rating lists suggest. 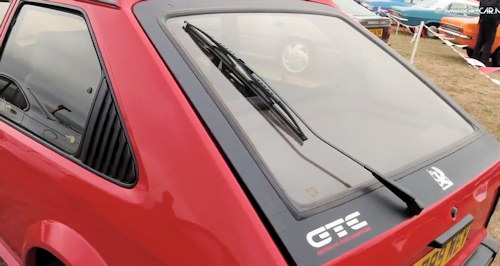