It is a common misconception that the Lotus 900 series engines were modified Vauxhall engines. The 900 series was designed by Lotus as their first self developed engine, and due to similarities in dimensions and layout, Vauxhall 4-cylinder iron blocks were used as testbeds for the Lotus DOHC 16 valve cylinder head.

The 900 series engine was introduced in production form as the Lotus 907 in the 1972 Jensen-Healey, and went on to power Lotus into the late 1990s. It is regarded as the first modern DOHC, 16-valve production engine made.

The Jensen-Healey was released for sale to the general public with the first 907 engine shortly before the Cosworth Vega which also had a DOHC, 16-valve engine. Pre-war DOHC 4 valve per cylinder production engines included the Duesenberg and the Stutz DV-32 straight-8 engines.

The initial 2.0 litre Lotus 904 engine was first used in the Lotus type 62 Europa racecar, and indeed used a Vauxhall iron block. The Lotus marketing designation for this engine was LV220 for Lotus/Vauxhall 220 bhp. According to Jeremy Walton this 220 bhp (164 kW; 223 PS) was developed at 8000rpm. 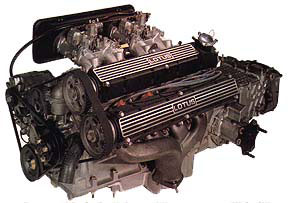 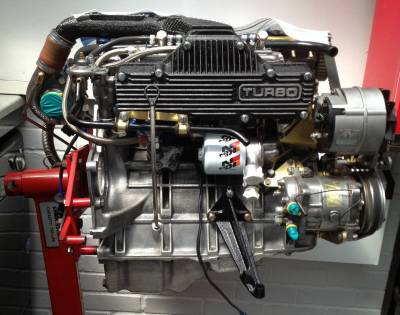 Turbocharged engines introduced in 1980 were known as the type 910, which in high compression configuration produced 215 hp (160 kW) and an 220 lb·ft (300 N·m) of torque. For markets with stringent emissions requirements, Lotus introduced Bosch KE-Jetronic fuel injection - the first fuel-injected Esprits. This Bosch fuel injection was used in 1986, 1987, and 1988 model years. In 1989 The Bosch fuel injection system was superseded by Delco GMP4 electronic fuel injection. Included in this change to Delco engine management is the addition of crank-fired wasted spark ignition that removed the need for a distributor. The engine was again upgraded in 1990 to the type 910s for use in the Esprit SE where it produced 280 horsepower (210 kW) with the addition of a water to air intercooler known as the Chargecooler. In its ultimate incarnation as used in the Sport 300, X180R and S4s the engine was capable of 300 horsepower (220 kW), propelling these cars to 0-60 times in the low 4 seconds.

The 920 is a 2.0 litre configuration, originally only available in the Italian market where the lower engine displacement meant the vehicle would fall into a lower tax regime. The 920 was again utilized from 1996 to 1999 in the Esprit GT3 models, utilizing the improvements that served the SE models making these cars good for 240 hp (180 kW). This was the last application of the 900 series Lotus engine, which had a lifespan of nearly 30 years. However, unlike the 907 and its derivations, this engine was of a more square design, 84.45 x 89 mm, making for an overall displacement of 1,994 cc.

A 3.5 liter V8 derivative of the 900 series dual overhead cam inline 4, the 918 saw its only production car application in the Lotus Esprit V8. 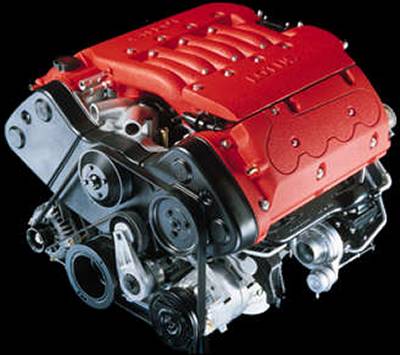