The vehicle was presented in March 2017 at the Geneva Motor Show and came in September 2017 as the fourth model of the Range Rover series. The Velar is placed between the Range Rover Evoque and the Range Rover Sport and builds on the aluminum platform of the Jaguar F-Pace .

The name of the SUV is a reminder of the first Range Rover . The first prototypes in the late 1960s bore this name. The vehicle was presented to the public from 10 May 2017 to 16 July 2017 on an inland waterway vessel reconstructed for the launch.

In the spring of 2018 Land Rover changed the engine range so that in the future it will meet the Euro 6d TEMP standard.

On February 5, 2019, the manufacturer presented the series as SVAutobiography Dynamic Edition . It is powered by the 404 kW (550 hp) five-liter supercharged engine from the Jaguar F-Pace SVR . 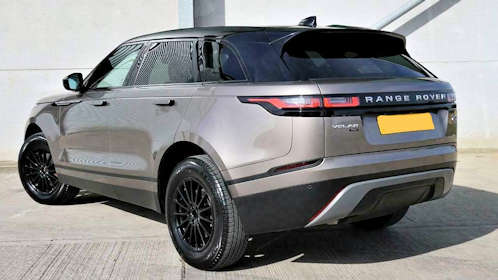