The original prototype was built with wooden body over which skilled craftsmen beat a skin of aluminium. and first appeared a few years earlyer in 1953 at the London Motor Show,this was later changed to glassfibre for all production cars built. With a top speed of over 127 mph (200 km/h). It was the fastest four-seater from the time in the world.

The car's aerodynamically styling was by Jensen's designer Eric Neale, unusall for the time was fiberglass material for the body using just a three major mouldings to make. The lightweight glassfibre covered body with a chassis platform built with tubes and steel and cross-members to strengthen it .

The interiors were luxurious with leather upholstery with seating for four adults., front bucket type seats,plush carpeting, and sporty but somwhat basic dash had a small centre armrest and could also be tilted .

The front grill can be opened and closed by the driver from his seat inside the car The body with its striking curves and lines ,the entire front section being easily raised for excellent engine access.

The Jensen 541R was the new and upgraded version of the Jensen 541 The 541R shared some parts from the Austin range from the timeThe 541R had a torquey but low-revving 4 litre straight-six engine that came from the Austin Sheerline. The suspension system came from the Austin A70
The original 1957 models four-litre motor was equipped with twin carburetors on its right side with triple S.U. carburettor option . The cylinder head was reworked for a compression ratio of 7.6:1 and a "long dwell".
This engine had a raised output to 150 hp at 4100 rpm Only 53 cars were built with the engine.a four-speed transmission with optional Laycock de Normanville overdrive avalable.with independent suspension by coil-and-wishbone front suspension, a leaf-sprung hypoid bevel rear axle at the front and a live axle with semi-elliptic springs at the rear.The 541R used a rack & pinion steering,also options for larger Girling hydraulic disc brakes were used on all four wheels instead of drums at the rear.

In total Jensen built 193 541Rs before it was succeeded in 1961 by the Jensen 541S. This was similar to the 541R, but with a larger body and a GM-licensed Rolls-Royce hydramatic gearbox, and only 127 cars were built before the model was discontinued to be replaced by the CV8. 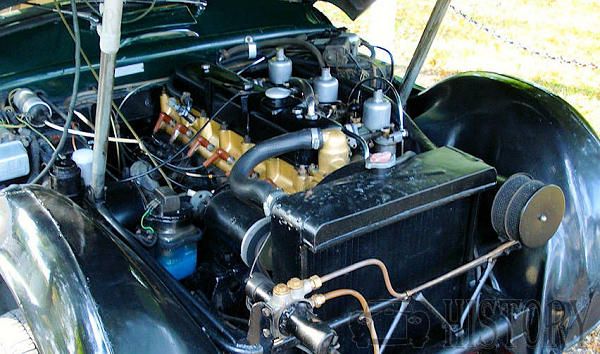 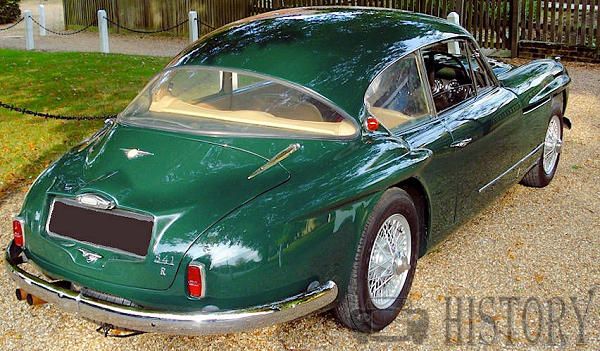