The Jaguar Mark 2 is a saloon car built from late 1959 to 1967 by the Jaguar company in Coventry, England.

For the last 12 months before announcement of the XJ6 they were re-labelled Jaguar 240 and Jaguar 340. The previous Jaguar 2.4 and 3.4 models made between 1955 and 1959 have been identified as Mark 1 Jaguars since Jaguar produced this Mark 2 model.

The body has seen some detail improvements and retouching, in particular the window areas have been enlarged. Disc brakes on all four wheels were standard from now on. Compared to its predecessor, the Mark 2 received a wider track . The Jaguar Mark 2 2.4 with 2483 cc displacement now had 120 bhp , the 3.4 continued to have 210 bhp and the newly added 3.8 with 3781 cc displacement 220 bhp. The rear wheels were driven via a four-speed gearbox with center shift, optionally with overdrive or Borg-Warner 35 automatic gearbox. The top speed was 160/190/200 km / h with manual transmission. This made the Mark 2, version 3.8, the fastest four-door production car of its time until 1964.

In May 1960, the Daimler Motor Company was taken over by Jaguar. The Daimler 250 V8 based on the Jaguar Mark 2 was then produced from October 1962 to mid-1969 . The Daimler version, however, received the engine of the Daimler SP250 , an interior with different details and the ribbed radiator grille typical of Daimler .

There is no direct successor to the Jaguar Mark 2, as Jaguar reduced the range of sedans to a basic model with the introduction of the Jaguar XJ . As a luxury model , the XJ was positioned higher than the Mark 2 and is therefore more of a successor to the Jaguar 420G or the first S-Type and the (small) 420 . Only with the new S-Type did Jaguar return to the upper middle class in 1999. The look of this modern S-Type was clearly based on the original S-Type and thus a good deal on the Mark 2.

The 3.8 is similar to the unit used in the 3.8 E-Type (called XKE in the USA), having the same block, crank, connecting rods and pistons but different inlet manifold and carburation (two SUs versus three on the E-Type in Europe) and therefore 30 bhp (22 kW) less. The head of the six-cylinder engine in the Mark 2 had curved ports compared to the straight ports of the E-Type configuration. The 3.4- and 3.8-litre cars were fitted with twin SU HD6 carburettors and the 2.4 with twin Solex carburettors. 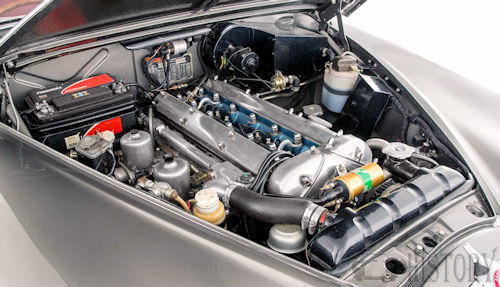 Compared to the Mark 1, appearance of the car was transformed by an increase of 18% in cabin glass area greatly improving visibility. The car was re-engineered above the waistline, slender front pillars allowed a wider windscreen and the rear window almost wrapped around to the enlarged side windows now with the familiar Jaguar D-shape above the back door and fully chromed frames for all the side windows. The radiator grille was amended and larger side, tail and fog lamps repositioned. Inside a new heating system was fitted and ducted to the rear compartment (although still notoriously ineffective). There was an improved instrument layout that became standard for all Jaguar cars until the XJ series II of 1973.

The front suspension geometry was rearranged to raise the roll centre and the rear track widened. Four-wheel disc brakes were now standard. Power steering, overdrive or automatic transmissions could be fitted at extra cost. The 3.8-Litre was supplied fitted with a limited-slip differential.

These cars were recognisable by the characteristic Daimler wavy fluting incorporated in the chrome radiator grille and rear number plate lamp cover, their smoothness and the sound of their V8 engine. They were given distinct exterior and luxury interior fittings.

Output of the 240 engine was increased from 120 bhp (89 kW; 120 PS) @ 5,750 r.p.m. to 133 bhp (99 kW; 135 PS) @ 5,500 r.p.m. and torque was increased. It now had a straight-port type cylinder head and twin HS6 SU carburettors with a new inlet manifold. The automatic transmission was upgraded to a Borg-Warner 35 dual drive range. Power steering by Marles Varamatic was now available on the 340. Servicing intervals were increased from 2,000 miles to 3,000 miles. There was a slight reshaping of the rear body and slimmer bumpers and over-riders were fitted For the first time the 2.4-litre model could exceed 100 mph, resulting in a slight sales resurgence.

The economies of the new 240 and 340 models came at a cost – the leather upholstery was replaced by Ambla leather-like material and tufted carpet was used on the floor—though both had been introduced on the Mark 2 a year earlier. Other changes included the replacement of the front fog lamps with circular vents and optional fog lamps for the UK market. The sales price was reduced to compete with the Rover 2000 TC. 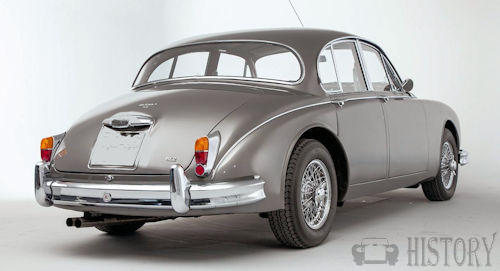 The Mark 2 gained a reputation as a capable car among criminals and law enforcement alike; the 3.8 Litre model being particularly fast with its 220 bhp (164 kW) engine driving the car from 0-60 mph (97 km/h) in 8.5 seconds and to a top speed of 125 mph (201 km/h) with enough room for five adults. Popular as getaway cars, they were also employed by the police to patrol British motorways.

The Mark 2 is also well known as the car driven by fictional TV detective Inspector Morse played by John Thaw; Morse's car was the version with 2.4 L engine, steel wheels and Everflex vinyl roof. In November 2005, the car used in the television series sold for more than £100,000 following a total ground-up rebuild (prior to this, in its recommissioned state in 2002 after coming out of storage, it had made £53,000 at auction – £45,000 more than an equivalent without the history). In the original novels by Colin Dexter, Morse had driven a Lancia but Thaw insisted on his character driving a British car in the television series.

In the 1987 British film Withnail and I, a light-grey Mark 2 in very poor condition serves as the main transport for the eponymous main characters' disastrous trip to the English countryside. 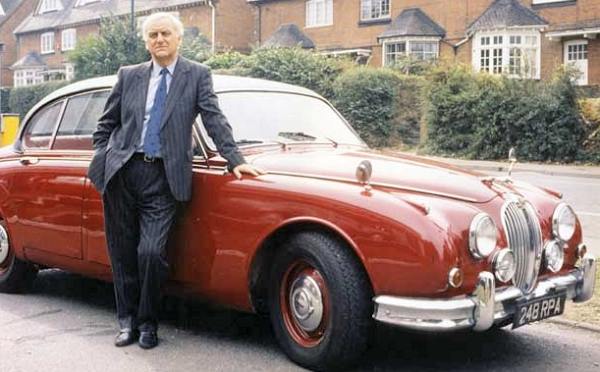 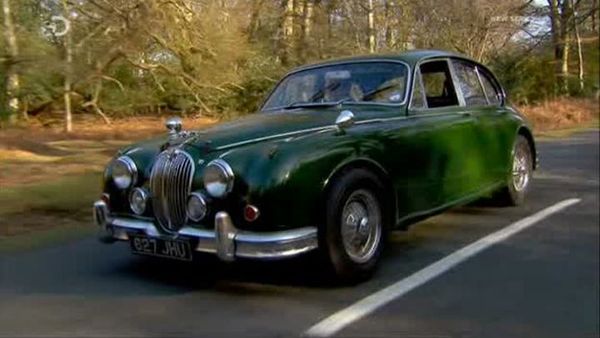