The Jaguar Mark IX (pronounced mark nine) is a large luxury saloon car produced by Jaguar Cars between 1959 and 1961. It replaced the previous Mark VIII, and differed little in exterior appearance except for the new model name and a one piece curved windshield. It was replaced by the longer, wider and lower contemporary-styled Mark X in 1961.

Standard transmission was a four-speed manual system: options included overdrive, but most cars were built with a Borg Warner three-speed automatic box.

The body was generally similar to its predecessor, but the sunshine roof became a standard fitting for the UK market. The interior was in the same luxurious mode with extensive use of leather, walnut wood trim and deep pile carpet. A range of single and duo-tone paint schemes was offered.

Luxury the Jaguar Mark IX from 1960 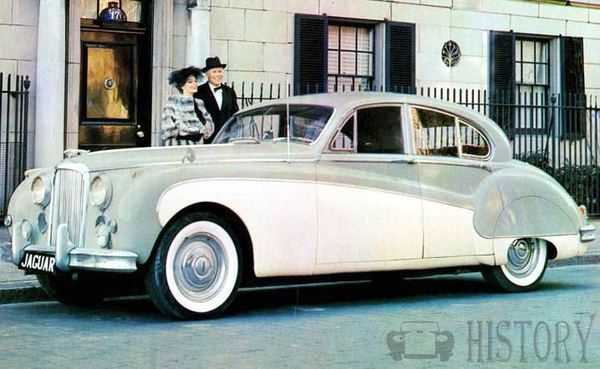