In late 1979, the XJ was facelifted again, and was known as the "Series III."

Using the long-wheelbase version of the car, the XJ6 incorporated a subtle redesign by Pininfarina.

Externally, the most obvious changes over the SII were the thicker and more incorporated rubber bumpers with decorative chrome only on the top edge, flush door handles for increased safety, a one-piece front door glass without a separate 1/4 light, a grille with only vertical vanes, reverse lights moved from the boot plinth to the larger rear light clusters and a revised roofline with narrower door frames and increased glass area.

The short-wheelbase saloon and coupé had been dropped during the final years of the Series II XJ. The introduction of the Series III model also saw the option of a sunroof and cruise control for the first time on an XJ model.

In 1981 the 5.3 V12 models received the new Michael May designed 'fireball' high compression cylinder head engines and were badged from this time onwards to 1985 as "HE" (High Efficiency) models.

In late 1982 the interior of all Series III models underwent a minor update for the 1983 model year. A trip computer appeared for the first time and was fitted as standard on V12 models. A new and much sought-after alloy wheel featuring numerous distinctive circular holes was also introduced, commonly known as the "pepperpot" wheel.

In late 1983 revision and changes were made across the Series III model range for the 1984 model year, with the Sovereign name being transferred from Daimler to a new top spec Jaguar model, the "Jaguar Sovereign". A base spec Jaguar XJ12 was no longer available, with the V12 engine only being offered as a Jaguar Sovereign HE or Daimler Double Six. The Vanden Plas name was also dropped at this time in the UK market, due to Jaguar being sold by BL and the designation being used on top-of-the-range Rover-branded cars in the home UK market. Daimler models became the Daimler 4.2 and Double Six and were the most luxurious XJ Series III models, being fully optioned with Vanden Plas spec interiors.

Production of the Series III XJ continued until 1992 with the V12 engine. In 1992, the last 100 cars built were numbered and sold as part of a special series commemorating the end of production for Canada. These 100 cars featured the option of having a brass plaque located in the cabin. It was the original purchaser's option to have this plaque, which also gave a number to the car (such as No. 5 of 100, etc.), fitted to the glove box, to the console woodwork or not fitted at all. This brass plaque initiative did not come from Jaguar in Coventry. It was a local effort, by Jaguar Canada staff and the brass plaques were engraved locally. 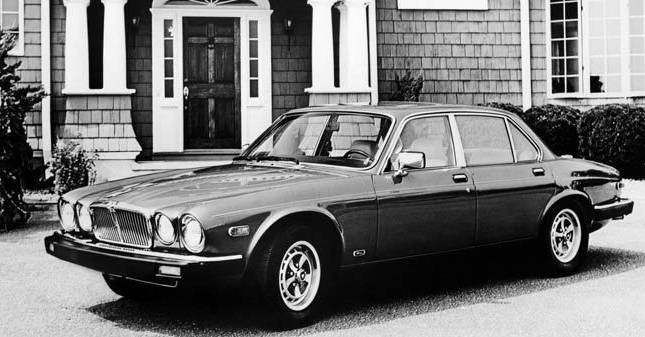