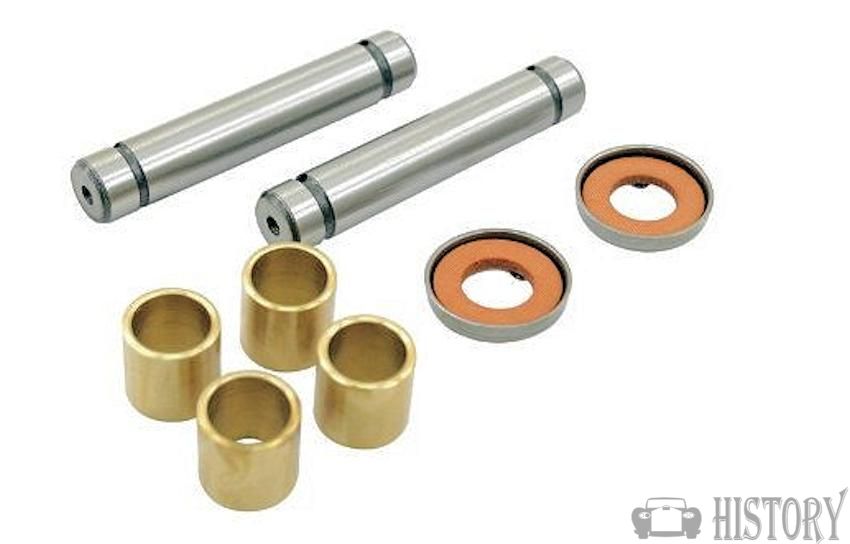 The kingpin, also king-pin and king pin, is the main pivot in the steering mechanism of a car or other vehicle.

Originally this was literally a steel pin on which the moveable, steerable wheel was mounted to the suspension. Free to rotate on a single axis, it limited the degrees of freedom of motion of the rest of the front suspension. King pins were replaced, starting in the 1950s, by ball joints which were needed due to more complicated suspension designs.

Although they are largely obsolete, kingpin suspensions have the advantage of being able to carry much heavier weights,which is why they are still featured on some heavy trucks.

The nipple at the front of a semi-trailer to connect to a fifth wheel coupling is also known as a kingpin.

On most modern designs, the kingpin is set at an angle relative to the true vertical line, as viewed from the front or back of the vehicle.

This is the kingpin inclination or KPI (also called steering axis inclination, or SAI).SAI is non-adjustable, since it would change only if the wheel spindle or steering knuckles are bent. This has an important effect on the steering, making it tend to return to the straight ahead or centre position. This is because the straight ahead position is where the wheel is at its highest point relative to the suspended body of the vehicle - the weight of the vehicle tends to return the kingpin to this position. A second effect of the kingpin inclination is to set the scrub radius of the steered wheel.

This is the offset between the tyre's contact point with the road surface and the projected axis of the steering down through the kingpin. If these points coincide, the scrub radius is zero. Zero scrub radius is possible without an inclined kingpin, but requires a deeply dished wheel so that the kingpin is at the centerline of the wheel.

It is much more practical to incline the kingpin and use a less dished wheel, which also gives the self-centering effect. Zero scrub radius is not necessarily desirable - larger scrub radii lead to less steering effort (especially on vehicles without power steering), but more force applied to the steering components by road surface imperfections, braking, etc. Zero scrub radius isolates the steering from these effects but can lead to a "dead" feel for the driver which is undesirable, especially on performance vehicles. 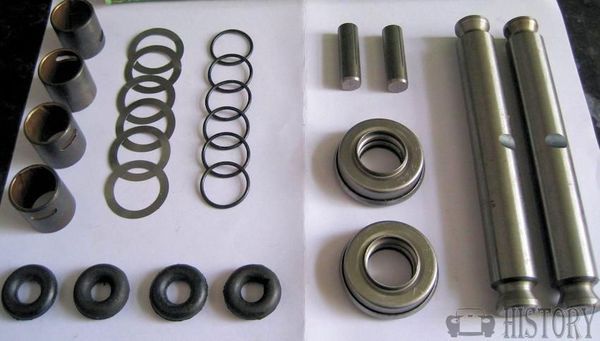