Fuel gauge types and how they work 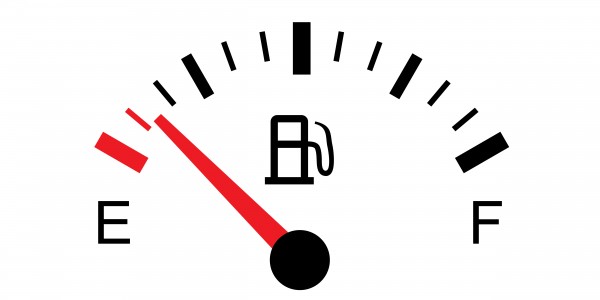 A fuel gauge is an instrument that displays the amount of fuel in a tank. The gauge is made up of two parts: the detecting unit and the indicator. It is commonly used in automobiles. The storage tank is essentially a receptacle for storing enough fuel to allow the vehicle a respectable range, as the name implies. A gauging device is frequently included to tell the driver of the amount of fuel remaining in the tank.

Modern Electric Fuel Gauge and how they work

The sensing unit usually uses a float connected to a potentiometer. typically printed ink design in a modern autmobile. As the tank empties, the float drops and slides a moving contact along the resistor, increasing its resistance. In addition, when the resistance is at a certain point, it will also turn on a "low fuel" light on some vehicles.

If an electrical problem opens the electrical circuit and causes the indicator to portray the tank as empty rather than full, the system can be fail-safe (which would allow the driver to run out of fuel with no prior notification). Corrosion or wear of the potentiometer will result in inaccurate fuel level readings. However, there is a risk involved with this system.

The variable resistor, to which a float is connected, receives an electric current, and the resistance value varies depending on the fuel level. Such resistors are found on the interior side of most car fuel gauges, i.e. within the gasoline tank. Sending current via such a resistor poses a fire threat (as well as an explosive risk). With the progressive increases of alcohol to vehicle gasoline fuel, these resistance sensors are likewise displaying an increased failure rate. Alcohol accelerates corrosion at the potentiometer because it can carry current like water.Potentiometer applications for alcohol fuel use a pulse and hold methodology in that a periodic signal is sent to determine fuel level decreasing the corrosion potential. Therefore there is demand for another safer, non contact method for fuel level is desired.

Magnetoresistance type fuel level sensors offer a potential alternative for automotive use. These fuel level sensors work similar to the potentiometer example, however a sealed detector at the float pivot determines the angular position of a magnet pair at the pivot end of the float arm. These are highly accurate, and the electronics are completely outside the fuel. These sensors' non-contact nature addresses the risk of fire and explosion, as well as concerns with any fuel mixes or additions to gasoline or alcohol fuel mixtures. Magneto resistive sensors can be used with any fuel or fluid, including LPG and LNG. For these senders, the fuel level output can be ratiometric voltage or, better yet, CAN bus digital. These sensors are also fail-safe in the sense that they either output a level or nothing.